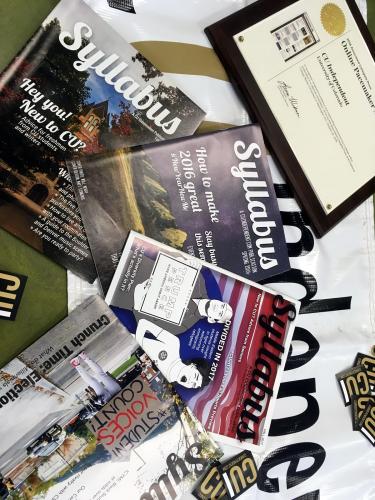 In March, the news website CU Independent—formerly known as the Campus Press—continued its four-year streak as the best digital-only student publication at the Society of Professional Journalists Region 9 Mark of Excellence Awards.

In addition, CU Independent was honored last December by the Associated Collegiate Press as one of four college news sites to receive the 2016 Online Pacemaker award, the pre-eminent award for collegiate journalism. This was CUI’s first time winning the award after being named a finalist in 2015.

“This award is a huge testament to how hard this staff works on a daily basis,” says Xandra McMahon (Jour’17), CUI’s former editor-in-chief. “For years we’ve been pushing our creative limits, and this win validates all that hard work.”