Home News & Events Spring Graduation: What You Need to Know 2021 Virtual Graduation Celebration About the Speaker

Hello CMCI Class of 2021, my name Is Gerardo Ortiz, Class of 2010, and I'm honored to join you as you celebrate graduation.

Currently, I am the creative director at Uninterrupted, a Springhill Company—an empowerment brand founded by Maverick Carter and LeBron James.

As I sit before you, it's wild to think about all the innovation that has taken place since I graduated 11 years ago: ways in which we communicate, ways in which we tell and hear stories. That social media platform you're probably going to film yourself dancing in with your cap and gown wasn't even a thing five years ago. It was just a part of someone's imagination—an idea in someone's mind that was shared with the world

Throughout my career, I have been fortunate to work on projects with some of the most recognizable names in sports:

[I'm] always tweaking something familiar to tell the greater story.

So I decided to tweak the commencement speech to tell a greater story: A film that encompasses the skills that were sparked by watching my idol and late brother sketch basketball players. Skills that were further crafted at the computer Magnet Program at Denver North High School. Skills and passions that I honed during my time at the University Of Colorado, at the very same campus as all of you. 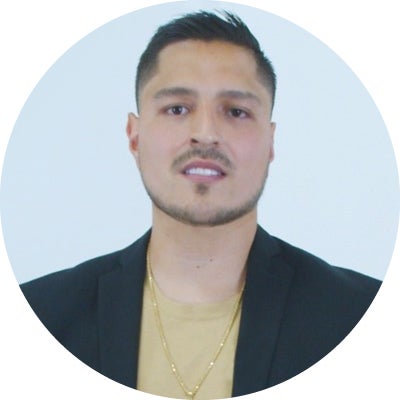 Inspired by the support he’s received, Ortiz aims to help the next generation of creators. Learn more about him in this 2018 story from CMCI Now magazine.