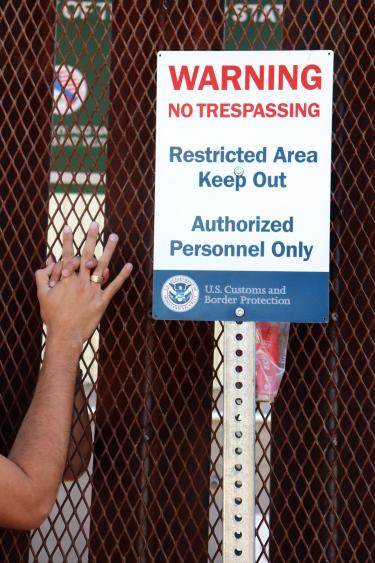 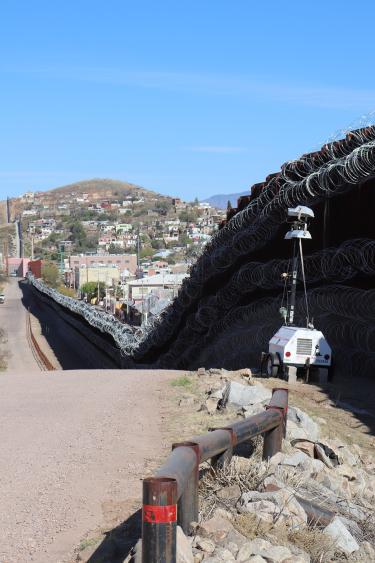 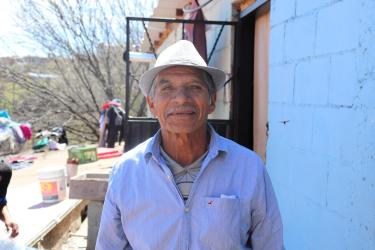 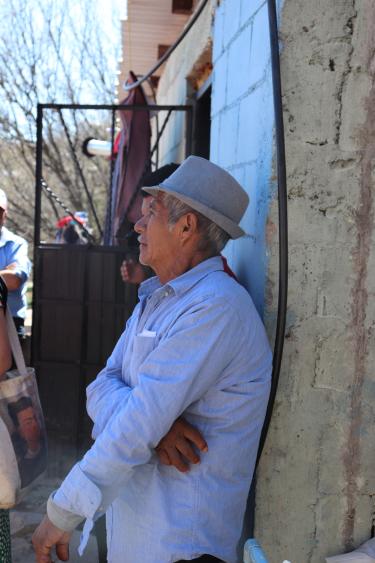 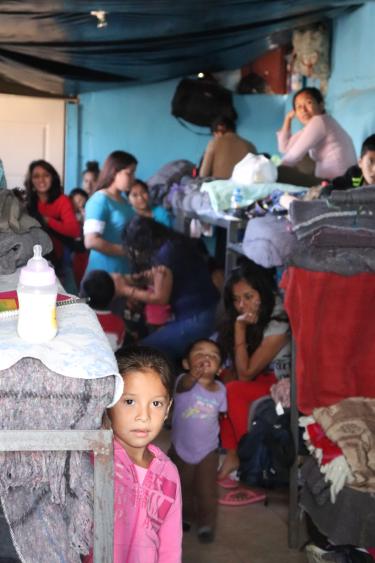 "The first image is a picture of a married couple holding hands and talking through the border wall. He is a legal US citizen and she isn't and the line to get back across the border takes so long that he said he'd rather have four hours sitting and talking through the wall than 2 hours talking and 2 hours in the car trying to cross back over. The second image is the view of the American side of the wall, the concertina wire was added when Trump became president. Images 3 and 4 show the oldest man at the shelter (La Roca), he was really sick because they were giving him the wrong medication since there were no doctors on his journey to the border. The man who runs the shelter (who lives in Nogales, AZ) brings doctors/nurses/dentists to the shelter and this was the first day that he was feeling better. The last photo I took on my spring break trip last year to Nogales, Mexico to work with asylum seekers saying at a shelter while they were waiting to be granted asylum. This exact picture is the women and children's room, they had bunk beds piled four beds high and the girl in the front of the photo had been in the shelter for over a month.