On April 15, Assistant Professor Joel Swanson's work, Binary Pronouns, began streaming on 150 Mediastream, a 150-foot long by 22-foot high array of 89 LED blades located in the lobby of the iconic 150 North Riverside building in Chicago. Earlier this year, the Museum of Contemporary Art in Denver commissioned him to produce a new body of work as part of the Octopus Initiative, an innovative art-lending program. Swanson’s piece, In Other Words…—a solo show at the Republic Plaza in downtown Denver that will be on view through June 12—was recently reviewed in the Denver Post. This summer, he will exhibit digital works at the Glucksman Museum in Cork, Ireland, in conjunction with the Electronic Literature Organization’s annual conference.

Julie Carr’s book, Real Life: An Installation, published by Omnidawn Books, was selected as one of the top five poetry books of 2018 by Publisher's Weekly and named a top book of the year by Entropy. The book has been reviewed by magazines including Kenyon Review, On the Seawall, Ragazine, and Library Journal. The Real Life: An Installation website includes work by faculty and students from CMCI and the College of Arts and Sciences, including: Joe Steele, Erin Espelie, Jeanne Liotta, Phuong T. Vuong, Gesel Mason, Joel Swanson, Michelle Ellsworth and Kelly Sears.

In February, Michael Theodore performed a new collaborative work titled 49 Days, featuring PhD student Sean Winters on trumpet and electronics and Theodore on electric guitar and electronics. He recently received a CHA grant in support of his forthcoming solo exhibition at the David B. Smith Gallery in Denver. The exhibition—his third at the gallery—will continue Theodore’s exploration of analog interventions and mediation of algorithmic processes. 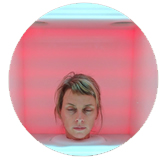 Michelle Ellsworth's recent performance works, The Rehearsal Artist and Post-Verbal Social Network, were featured at On the Boards Festival in Seattle and Fusebox Festival in Austin. The performances were made possible by the support of organizations including The MAP Fund, the Doris Duke Charitable Foundation, the Andrew W. Mellon Foundation, the Boulder County Arts Alliance and more. The Rehearsal Artist is also a National Performance Network Creation Fund project, co-commissioned by Performance Space NY, The Richard B. Fisher Center for the Performing Arts at Bard College, On the Boards, Women and Their Work and the University of Colorado Boulder. The development of The Rehearsal Artist was made possible by the Maggie Allesee National Center for Choreography at Florida State University, as well as the Center for Humanities in the Arts and IRISS Project Society research funding at the University of Colorado Boulder.