Home News & Events News Archive Class of 2018: Marching to his own beat

Ask Leo Borasio about his time as a CU Boulder student and he’ll tell you it was pretty straightforward—a full schedule of classes, late nights at the library,  meeting new friends—the usual. 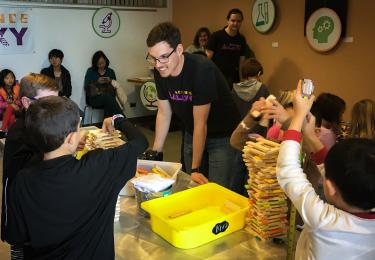 Probe a bit deeper, however, and the College of Media, Communication and Information senior will mention his internship-turned-job at a Boulder startup that’s part kid’s science lab, part café. Or his recent trip to Los Angeles, where he pitched a campaign to Ocean Spray as part of the National Student Advertising Competition. Or the time he dug up ancient artifacts at archaeological sights across the Southwest as part of a summer field school.

This spring, Borasio will graduate with a double degree – strategic communication from CMCI and anthropology from the College of Arts and Sciences – and a certificate in technology, arts and media. Despite his packed schedule, he managed to earn CMCI’s William W. White Outstanding Graduate Award, which goes to the student graduating from the college with the highest GPA. He credits his success to regular late-night study sessions with a close group of friends. 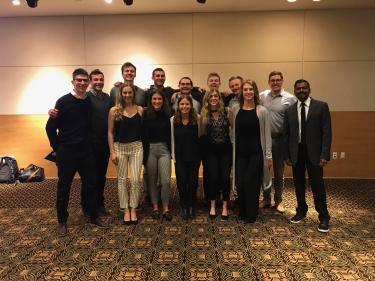 “We spent Sunday through Thursday at the law library,” he says. “It was just a lot of work and a lot of focus.”

While managing a challenging academic schedule, music was Borasio’s outlet. Along with his twin brother Trevor Borasio—a history major who is also graduating from CU Boulder this spring—he served as a squad leader for the Golden Buffalo Marching Band. He also played his instrument of choice, the alto saxophone, in the Buff Basketball Band and the Concert Band.

“Music’s been a huge part of CU for me,” he says. “Going to the Pac 12 Championship and the bowl game last year was so much fun.”

After graduation, Borasio will remain on the Front Range to continue his work with Science Galaxy, a Boulder-based startup that allows people to order a meal alongside a science experiment or tech challenge. The group, which already holds events, is currently seeking a storefront to serve as a café with a kid-friendly environment. 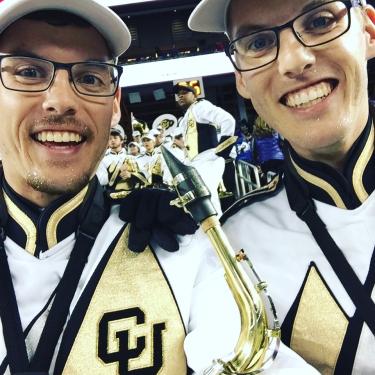 “We’re trying to bolster STEAM education—which is science, tech, engineering, art and math—among kids who don’t normally have those opportunities in the classroom or at home,” he says. “This will kind of give them a new place to explore and experiment and fail and succeed.”

Borasio worked as an intern for Science Galaxy for the spring 2017 semester and is now the company’s web master and lead communicator.

As someone who isn’t afraid to experiment and explore new interests and challenges, he’s just the person for the job.