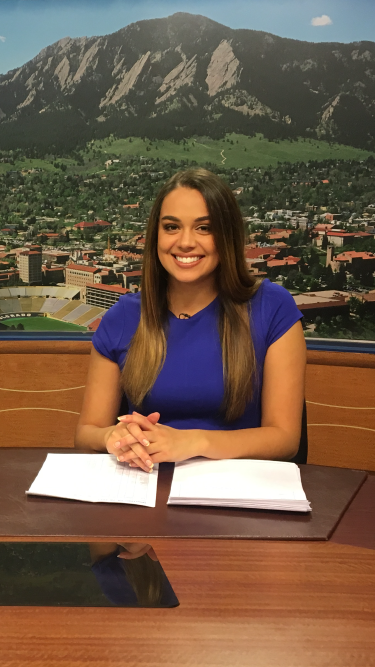 In May, 2014, a pair of 12-year-old girls in Wisconsin stabbed a friend almost to death, claiming later they were driven by fear of an Internet character called the Slender Man. Today, both girls are in state mental hospitals. But a baffling question remains: What kind of media could influence young girls so powerfully that they would attempt murder?

Journalism senior Tessa Diestel hopes to find out. The question drives her honors thesis research, in a project that will become the first such work by a journalism student since the creation of CMCI.

Diestel is investigating the link between anti-social media and adolescent crime. Her multi-part project will draw on archival research, interviews, statistics and court trial analyses.  She will create a literature review and rationale, a long-form journalistic piece, a video, several motion graphics, and an analysis paper. As a whole, the project will cast light not only on the Slender Man case, but, more broadly, on the digital culture lessons it offers.

Chief among those, she says, is the need for greater skepticism by adolescent social media users.

“Media literacy is a big issue,” Diestel says. In an age when Facebook is forced to label real and fake news because users can’t tell the difference, Diestel argues teens are too quick to believe what they’ve read online. Many say they trust the Internet more than teachers, parents or other authority figures.

These qualities also led to her acceptance into the News21 program at Arizona State University, along with journalism student Ashley Hopko. The two students will work virtually with other participants in an online class this spring, and then will spend this coming summer at ASU working on an investigative reporting project about hate crimes, hate groups and the people who are their targets and victims.

Diestel’s best advice to other students, she says, is “to be around faculty and staff who motivate you. If you surround yourself with them, they will push you to keep doing it.”