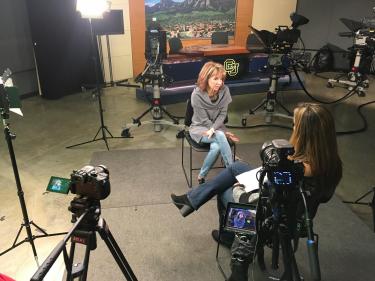 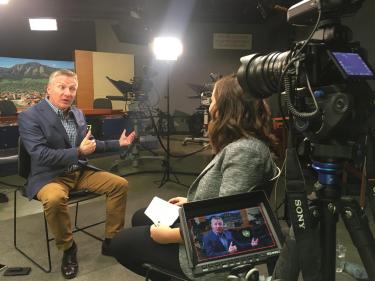 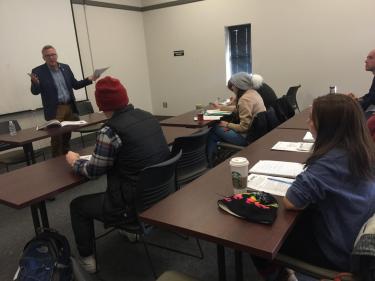 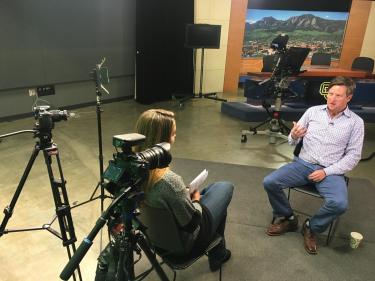 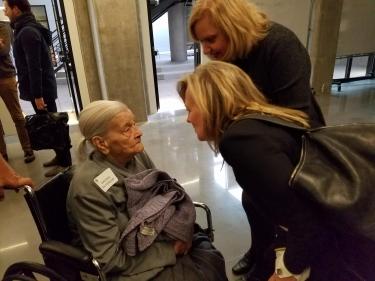 Decades of former graduates attended the festivities, from Mitch Utterback (MJour'17), who earned his master’s degree last spring after serving three tours in Afghanistan and one tour in Iraq, to Virginia Wheeler Patterson (Jour’46), who graduated more than 70 years ago and helped to develop Pearl Street Mall.

In the evening, alumni and members of the CMCI community gathered for a homecoming celebration at the strategic communication design master’s program studio and creative space.

The event featured student work projected on the walls, welcoming remarks from CMCI Dean Lori Bergen, and student demonstrations of 3D printing projects and a magic mirror. Partygoers also had the chance to see the Pearl Street Stampede, which takes place before each of CU Boulder’s home football games.

On Saturday, alumni who attended the homecoming football game were treated to a 44-28 Buffaloes victory over the University of California Golden Bears. The team’s win was the perfect way to end a weekend honoring the success and pride of CU students past and present.