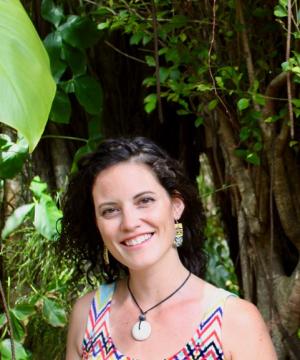 With escalating tensions between the United States and North Korea threatening the security of the nearby U.S. territory of Guam, CU Boulder Professor Tiara Na'puti testified before a United Nations committee this week calling for its help in hastening decolonization for the beleaguered island.

“To be able to make decisions for yourself as a people is an inherent right that everyone should have, and we don’t have it,” said Na’puti, a member of the indigenous Chamorro people of Guam and an assistant professor in the Department of Communication, before her testimony. "The time has come."

Na’puti was one of 17 Chamorro delegates who traveled to New York City Tuesday to testify before the U.N. Special Political and Decolonization Committee (4th Committee). The delegation, including Guam Gov. Eddie Calvo, came to support a strongly worded six-page resolution urging the United Nations to live up to its long-standing goal to eradicate colonialism by 2020.