Nathan Schneider's plan to save Twitter: let's buy it 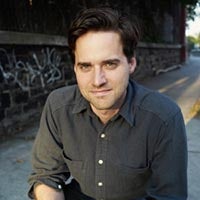 Nathan Schneider, a scholar in residence in the Department of Media Studies, has a history of organizing movements for cooperative economics. So, when discussion grew of Twitter's uncertain future and possible purchase by one of several major tech companies, Schneider had an alternative in mind.

In an article in The Guardian, he proposes a future in which Twitter is owned and guided by its users.

Twitter’s impending transition need not be, for most of us, merely a time to wait and see. It can be a chance for us to discuss, scheme, and organize. What would be an appropriate ownership design for the Twitter we know and love, and how do we get it there? How can we make sure that the future of the company serves those who depend on it most, who most want see it succeed culturally, technologically, and financially? This could be a chance to make the company better reflect the commons and the community that we have built with its product.

Read the full article at The Guardian.