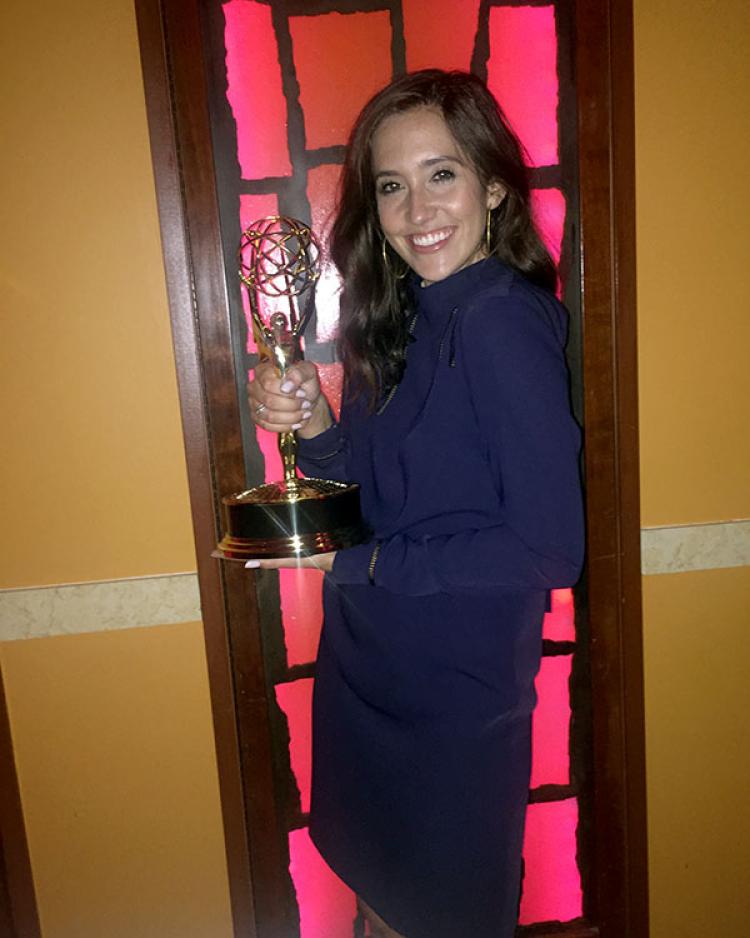 Sellers, working as a producer for NBC Nightly News, helped to arrange interviews of individuals struggling with heroin addiction for the Emmy-winning story, entitled “Hooked, Heroin in America.” “I haven’t had a baby…this must be what it feels like!” Sellers said in reaction to the Emmy win.

During her time as a student at CU, Sellers served as a producer and reporter for the biweekly NewsTeam Boulder student broadcast. After her graduation in 2013, she began work as an NBC page at Rockefeller Plaza. The one-year, prestigious position allowed Sellers to rotate through various rolls within NBC to find her passion.

Sellers, who hopes to one day become an on-air personality, is thrilled to experience such success only a few years into her career.