Coraline Ada Ehmke opens her talk on “The Rising Ethical Storm in Open Source” with the story of Richard Stallman’s quest to develop a printer driver for his lab’s Hewlett-Packard printer in the early 1980s.

For open-source activists then, commercialization and proprietary software was the ethical issue of the day. In 2021, Ehmke argues, the ethical landscape around software has changed. “Richard Stallman wanted a printer driver. We want to ensure that our work is not being used for human rights abuses.”

As the founder of the Organization for Ethical Source, Ehmke has been exploring ways for developers to fight the powerlessness they feel around the open-source community’s complicity in human-rights abuses. Because intellectual property and licensure have traditionally been the tools of the open-source community, they have chosen to start there, writing a suite of ethical licenses that are beginning to be adopted by companies and open-source projects.

However, Coraline doesn’t see licensure as a silver bullet that will solve all of their issues. While licenses add a layer of inconvenience or obstacle for companies who would use the code for nefarious purposes, she advocates for a broader cultural shift in the software development world, where there is a pervasive belief that software is a neutral tool.

She discussed the oft-cited comparison of software to hammers (i.e., hammers are tools that can be used to kill people, but we don’t regulate the sale of hammers). But there are consequences for killing someone with a hammer, she points out. Why does the tech industry think it shouldn’t have consequences? She also discussed how social capital in the open-source community relies on how widely your software is adopted, or if it’s adopted by one of the major tech companies. What if social capital were measured in other ways, such as the positive impact your code has in the world?

Coraline wanted to speak with the CRCDT because she believes addressing the issue in academic settings is key to changing the culture. She advocates for more discussion around how technologists are responsible for the tools they develop and the data they collect. “Responsibility is about impact, not intent. The tech industry can no longer avoid ethical responsibility.” 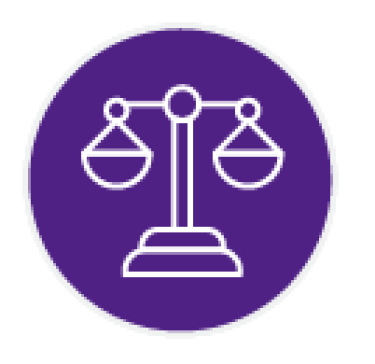 Global perspectives: Coraline said that their movement seeks to be a global community, because other cultures have solved problems of human freedom vs. community or social good. Could studying these cultures through a technological lens lead to new approaches for teaching ethics to future technologists?

Arbitration vs. litigation: Because ethical licensure is so new, Coraline is not aware of it being tested in court. However, her Hippocratic license opts for arbitration under UN rules so that people with experience in business, technology and human rights are part of the legal action. As conflicts about ethical licenses do arise, it would be interesting to compare their arbitration to litigation around open-source licenses.