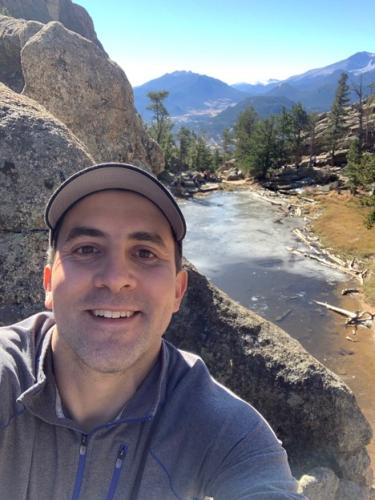 Sasha Chavkin is an investigative reporter specializing in the environment, Latin America, and public corruption.

From 2013 to 2020, Sasha was a reporter for the International Consortium of Investigative Journalists. At ICIJ, he investigated topics including the global medical device industry, offshore secrecy, and forced displacement caused by World Bank development projects. His stories have led to the worldwide recall of Allergan breast implants associated with elevated cancer risks, a reorganization and budget increase for enforcement of the World Bank's social and environmental safeguards, and the forgiveness of billions of dollars in federal student debt held by disabled former students who had been trapped by a flawed Education Department program.

In 2020, Sasha was on a team named as Pulitzer Prize finalists for the FinCEN Files, a project on the role of global banks in industrial-scale money laundering. He has also shared in honors including the George Polk Award, the Investigative Reporters & Editors award, the Barlett & Steele Gold Award and the Overseas Press Club award.

Sasha sat down with CEJ graduate research assistant Samuel Bowlin to talk about his work and life.

How did you get your start in investigative journalism?

The stories that were always compelling to me were investigations. I spent a year in Peru after college, and I worked up this story about how USAID was pressuring Peruvian family planning organizations to avoid speaking about contraception in ways that contravene the rules for how they were supposed to provide aid. But I couldn't quite nail the story—I couldn't get the person who gave me info to go on the record, and I couldn't find the documents that proved any of it.

That was one of the earlier occurrences that made me realize I wanted to learn to be an investigative journalist. My hope was that if I gained those skills, I’d be able to pin down the stories that I really cared about and felt like could actually have an impact if done right.

Do you have any proudest moments in your journalism career?

Just after grad school, I spent a year as a reporting intern at ProPublica. I worked on a project about student lending, where we found out how borrowers who became disabled after college were getting buried in debt and screwed over by the Education Department, which wouldn't forgive their loans, which is insane.

What was really quite validating for my efforts was when they ultimately forgave billions of dollars in loans, including the loans for the people in our stories. This woman who I'd talked to for a very long time was a police officer who had been hurt while training for the job. Even though she was on the job when she got hurt, she still couldn't get anything forgiven, and she had been pouring her heart out about it for months. But right after the story was published, her loans went away.

That was a big deal for me, and seeing the impact that story had quickly made me feel like I was on the right path and that I was starting to understand what made a successful investigation.

Your investigations have been ambitious, to say the least. How do you stay motivated when they become difficult?

For me, impact is the biggest motivator of my work, and that's why I have focused on investigative journalism. There have been a couple of stories where I've been really satisfied by the results that followed because something real was accomplished, like the forgiven loans piece.

I worked on an investigation about breast implant safety as a part of a global ICIJ (International Consortium of Investigative Journalists) investigation concerning medical devices, and we found that unsafe implants had been allowed back on the market after being taken off for 10 years without having resolved many of their safety issues. There were women who were suffering from issues all the way from serious side effects to a form of cancer associated with the implants that some women even died from.

As a result, the FDA slapped black-box warning labels, which is their strictest kind of safety warning, on all breast implants. Now women have to be warned about risks that they had no clue existed before the investigation. There are still things that could be improved. It's a process, but it's gotten a lot better.

How has the Scripps Fellowship helped you so far?

I think that the fellowship has been incredibly valuable in providing the classwork, the professors, the time, and the environment to ask the question, “What should I be reporting on?” rather than focusing on simpler stories right in front of me. It’s really nice to view things from a longer-term perspective that way.

Another thing I've really enjoyed is the field trips because they’ve given a very hands-on sense of how our communities interact with the environment. That's from a different kind of reporting background, which was not something that I had before. It's one thing to think about climate change or the health hazards of certain products, but it's another to go to the places where you see how management of wildfire succeeded and failed, or where we're trying to channel the Colorado River so we could make use of its dwindling water supply. Those kinds of hands-on connections with the human-environment interface have been really helpful in changing my thinking.

Also, I love Boulder. It's just so beautiful here. I knew it was going to be amazing, but it still surprised me. I've lived in places that I've loved before, but being in this environment is not like anywhere else I’ve experienced.

I always try to have a book going, and I really, really enjoy reading fiction. I love being outdoors, hiking, running, skiing—all those things that Boulder is great for, and I love watching baseball. When I have a baseball game on in front of me and a beer in my hand, I am at peace, even if you can’t tell that from the shouting out of my mouth.