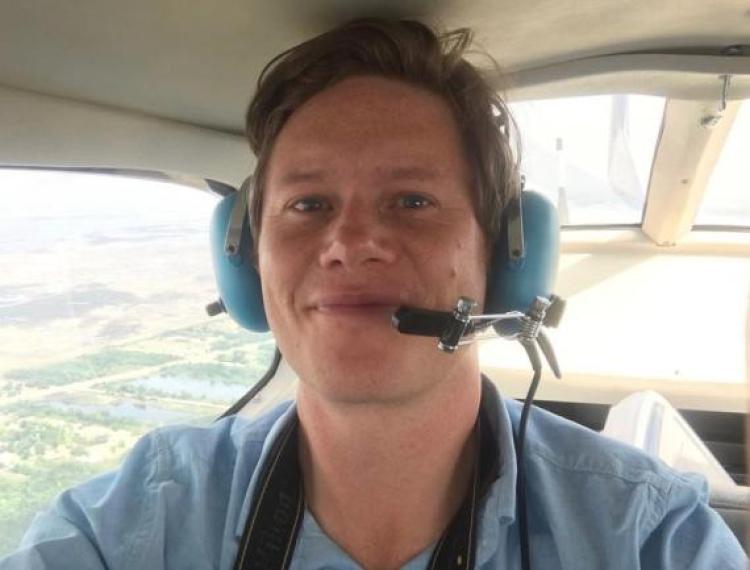 Tristan Baurick (Ted Scripps Fellowship Alumnus ‘12-’13) has been doing great things since leaving Boulder, including helping to fight back against environmental racism. Together with fellow journalists Joan Meiners, Gordon Russell and Sara Sneath from The Times-Picayune and The Advocate, and Claire Perlman, Al Shaw and Lylla Younes from ProPublica, Baurick and his team won the award for Outstanding Investigative Reporting (Large Newsroom or Circulation) at the 2020 Society Environmental Journalists’ conference for their investigative reporting on Louisiana’s Cancer Alley. The project was partially funded by a grant from ProPublica.

Cancer Alley, a term coined by journalists, refers to the land between Baton Rouge and New Orleans along the Mississippi river, where nearly 150 pollution-emitting industrial plants were built. Studies show that residents of Cancer Alley, who are predominantly people of color, have higher incidences of cancer, diabetes, and respiratory diseases than most of the United States, and higher than Louisiana overall.

“Part of the challenge with doing anything in-depth about Cancer Alley is doing something new about it. It’s always the same bad news, just getting worse,” said Baurick. It’s true — Cancer Alley has been widely covered by journalists as one of the worst modern examples of environmental racism in the United States. Despite this, the team uncovered a story that had not been reported on before.

Within Cancer Alley, the town of St. Gabriel had pushed back against the petrochemical plants through incorporation of the town. With policy and zoning laws, St. Gabriel has been able to keep the plants out of their city borders for over 25 years. Despite this being a huge win for the community, “the pollution from those industries doesn't stop at their city borders,” said Baurick.

At the SEJ awards, the story was praised for its depiction of communities of color living within Cancer Alley as empowered grassroots fighters, rather than helpless victims of pollution, which is how previous reporting on the issue framed those communities.

Baurick credits the project’s success to a slower approach to journalism, which allowed the team to step away from daily deadlines and fully immerse themselves in the community they were covering. One approach he found successful was letting his interviewees direct the conversation.  “I’d just hop in the car with them and say, show me what you want to show. Tell me what you want to tell me. What do you think is important? What should we be paying attention to?”

Baurick also acknowledged the role the Ted Scripps Fellowship played in supporting his journalism career. “The biggest thing about the fellowship that helped me is that it expanded my horizons about what I can do. It allowed me to delve into topics and issues that allowed me to think beyond daily deadlines, to take on projects and investigative work, and to see myself as somebody who can do that kind of work.”