Former Scripps Fellows - and CEJ Ambassadors - Karen Coates ('11) and Jerry Redfern ('13) have spent years working on a new feature-length documentary film, Eternal Harvest. The film will be featured in three upcoming festivals; details can be found in the press release below and the movie trailer can be viewed here. 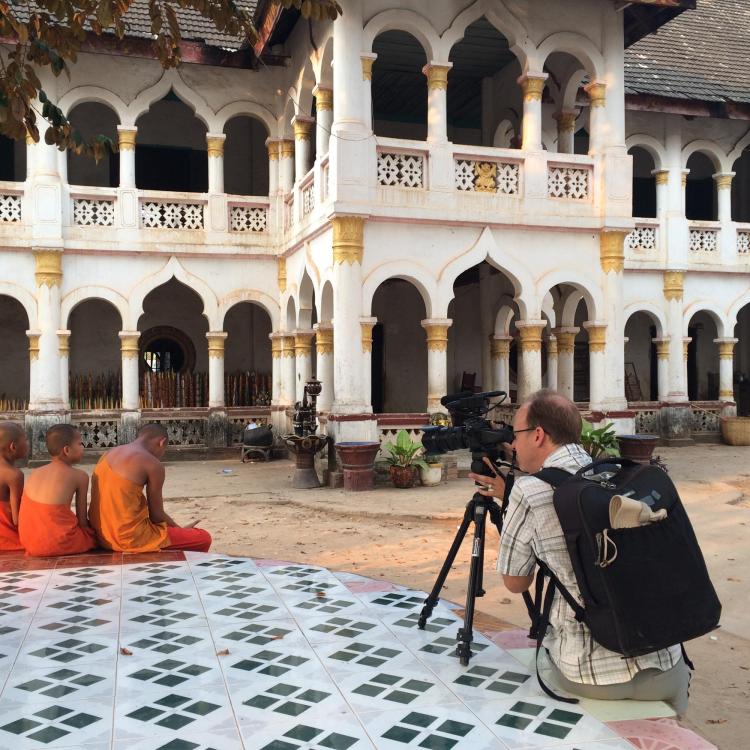 Albuquerque, NM, October 6, 2021 – As the world watches the aftermath of US involvement in Afghanistan, another years-long conflict offers critical insights on America’s post-war responsibilities to the people left behind. A new feature-length documentary film, ETERNAL HARVEST, uncovers the deadly legacy of unexploded bombs remaining in Laos half a century after the US dropped them. It was history’s largest bombing campaign, and many Americans today know nothing about it. The film debuts in person and online at three festivals this month: the Chagrin Documentary Film Festival in Ohio (Oct. 5-10), the Tallgrass Film Festival in Kansas (Oct. 20-24), and the Kuala Lumpur Eco Film Festival in Malaysia (Oct. 24-30).

ETERNAL HARVEST raises key questions about how US post-war foreign policy should be shaped. Between 1964 and 1973, in an offshoot of the Vietnam War, US forces dumped more than 4 billion pounds of bombs on the tiny country of Laos. When the last US planes departed, more than 80 million unexploded bombs remained in the ground. They’re still there—a danger to millions of civilians in a country where 75 percent of the population works in farming.

Old US ordnance has killed and injured more than 20,000 Laotians since the bombings ended decades ago, and accidents still happen every week. ETERNAL HARVEST underscores the critical need for more clearance funding. While the US spent more than $50 billion bombing Laos, it has spent only $300 million to clean it up.

ETERNAL HARVEST is a production of Redcoates Studios, a small and independent New Mexico media company, owned and operated by longtime journalists Jerry Redfern and Karen Coates. The film opens with archival war footage and stories of survivors, including a young girl named Zua Pa, who watched her sister die in a bomb accident in 2017. Audiences learn of the incredible efforts of clearance teams that scour the land, inch by inch, searching for bombs. Only one American, a retired school principal from Wisconsin named Jim Harris, returns to Laos year after year to remove and destroy ordinance. The film follows his team through remote regions of Laos near the Vietnam border. In 2016, when President Obama visited Laos, he announced a historic increase in funding for the country—$90 million over three years. Yet that is only a tiny fraction of what is needed to make the land safe.

ETERNAL HARVEST raises important debates for all Americans, as this country ends its 20-year presence in Afghanistan, leaving millions of civilians to face post-conflict traumas and dangers.

Redfern and Coates have spent years as investigative journalists in Southeast Asia. The film follows their book, Eternal Harvest: The Legacy of American Bombs in Laos (ThingsAsian Press, 2013). 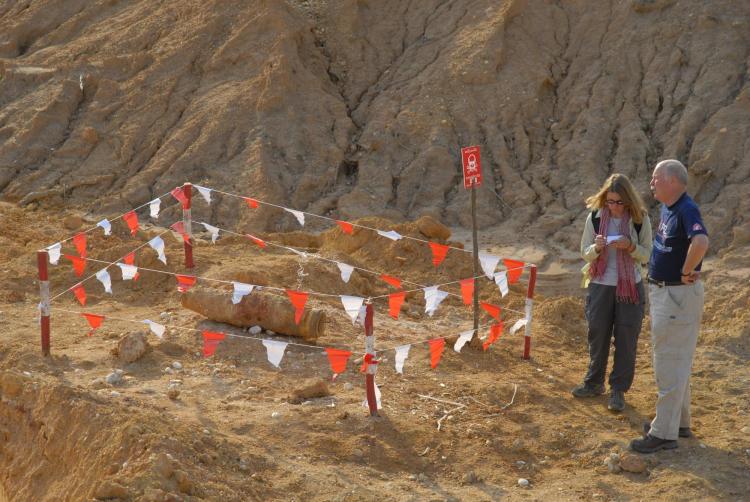 Producer and Editor Karen Coates is a producer, editor, author, and media trainer who focuses on food, environment, health, and human rights. She is a fellow with the International Women’s Media Foundation, a former senior fellow with the Schuster Institute for Investigative Journalism before it closed, and a 2010-11 Ted Scripps Fellow in Environmental Journalism. Her print, online, and multimedia work has appeared in publications around the world. She is a contributing editor for Archaeology magazine and a former Asia correspondent for Gourmet. She’s also a food writer, and can make a dozen different curries that will set your head ablaze.

Producer and Director Jerry Redfern is an award-winning visual journalist, covering environment, health, and human rights, primarily in the developing world. He is also a reporter covering the oil and gas industry in New Mexico for Capital & Main. He was a Senior Fellow at the Schuster Institute for Investigative Journalism at Brandeis University (until it closed in 2019), and a 2012-2013 Ted Scripps Fellow in Environmental Journalism at the Center for Environmental Journalism at the University of Colorado at Boulder. When not working with cameras, he crashes bikes and grows viniferous grapes at his home in New Mexico’s Rio Grande Valley.