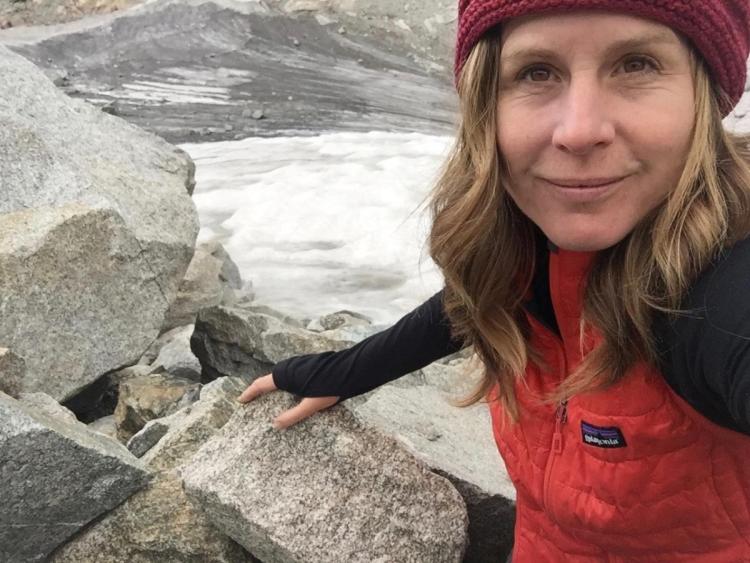 “Threshold” is a public radio show and podcast that tackles one pressing environmental issue each season. Season one covers the conservation of the American bison, and season two focuses on climate change in the Arctic. The third season covers the controversial issue of oil drilling in the Arctic National Wildlife Refuge.

The Peabody Awards, which rely on submissions from the storytellers themselves, annually honor the most powerful stories being told in TV, radio, and online media. According to Martin, the team at “Threshold” submitted for the awards thinking they weren’t going to win, but wanting to throw their hat in the ring anyway.

Weeks later, the team learned that they were among the finalists. “I was like, ‘Awesome! We’re in this crowd of finalists, high-five, it’s done!’” recalls Martin, who was excited for the podcast to be considered along with shows like “Dolly Parton's America” and HBO's “Chernobyl.” “I told everybody, ‘We’re not going to win, but this is fantastic,’” says Martin.

One day, late at night while getting ready for bed, Martin learned that “Threshold” had actually won a Peabody. “I happened to glance at my phone and saw I had, like, fifteen texts from different members of the team. We won and I couldn’t believe it. I was literally jumping up and down and screaming,” says Martin. “It felt really good.”

According to Martin, the idea for “Threshold” stemmed from both her love of public radio and a sense of frustration that public radio seemed, in the early 2010s, to only report short-form environmental stories. “There’s no way to begin to do those stories justice in 3.5 minutes,” Martin says. She was also acutely aware that “there were hardly any podcasts that seem to be focused on environmental issues at all.

Season four of “Threshold” is currently in the works, but Martin is tight-lipped about its topic. “We’re keeping it under wraps this time,” she says with a laugh.

Martin credits the Scripps Fellowships in Environmental Journalism for giving her the time and space to help get “Threshold” off the ground. The fellowship was “an investment in me and in my work as a journalist at a really crucial point,” she says. She was grateful for exposure to peer journalists during the fellowship, with whom she could talk out ideas for the podcast.

“The fellowship is part of the story of how ‘Threshold’ came to be, and what it is today,” says Martin. “And it always will be. I couldn't be more grateful for that experience.”