As part of the Ted Scripps Fellowships in Environmental Journalism, award-winning journalists have been coming to CU Boulder for 21 years. Fellows embark on a year of courses, projects, field trips, seminars and more — taking advantage of everything university life has to offer. This series is a chance to get to know this year’s cohort of talented journalists beyond what a typical bio page will tell you. 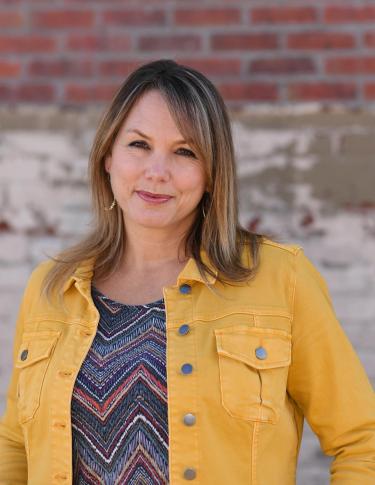 Amanda Mascarelli co-founded and served as managing editor of Sapiens, an award-winning digital magazine that covers anthropology and archaeology for the general public. From 2015 until August 2020, she led Sapiens’ editorial team and oversaw the production of hundreds of stories on topics ranging from Holocaust archaeology, schizophrenia, and fracking to language preservation, cultural appropriation, and the COVID-19 pandemic. Prior to that role, she spent more than a decade as a freelance science journalist, specializing in health and the environment. Her work has been published in outlets such as Audubon, Nature, New Scientist, Science, Science News for Students and The New York Times, and she spent time as a health columnist for the Los Angeles Times and The Washington Post.

As a fellow, she is studying health disparities in vulnerable communities in the Denver metro region and elsewhere in Colorado, with the goal of untangling the health effects of air pollution and early-life exposure to oil and gas emissions.

1. Why did you choose to cover environmental topics, and is there any memory that stands out as formative in your decision?

I found my way to environmental journalism through my love for science and research.

While I was there, I wrote about my lab’s research for the station’s newspaper, The Antarctic Sun. I got hooked on science journalism through that experience, and the second time I went back, I spent part of my time working on my application to journalism grad school. I was just feverishly excited about having discovered what felt like the most important thing I could be doing, which was translating science for the public.

While I was applying for grad school, I learned about an incredible interdisciplinary program called the Carbon, Climate, and Society Initiative, which was funded by the National Science Foundation and based at CU. I was feeling really torn at the time about leaving the world of research behind, so when I ended up receiving the fellowship and coming to CU to do my master’s in journalism, that program allowed me to have the best of both worlds. I had a foot in journalism as well as exposure to world-class researchers.

But most importantly, it led me to the realization that all of the most important environmental stories out there existed in what I saw as this nexus between environment, policy, and society.

2.What do you think is the most important environmental story happening today?

It's impossible for me to point to only one. I tend to focus on the interconnectedness of all of our environmental and societal challenges. Right now, for example, as we're in the thick of a global pandemic, the inextricable links between humans and their natural environment have never been in sharper focus.

I have a deep interest in public health, and I see the global inequities and disproportionate health impacts of air pollution, climate change, and things like lack of access to clean water for much of the world's most vulnerable populations as some of the most urgent and immediate problems we face—and they're all intricately tied together.

3. What has been the most helpful part of the Scripps Fellowship so far?

I spent the fall semester immersing myself in my coursework in order to build the skill sets I needed for my fellowship project. And all of those classes have enriched me in very specific ways. For instance, I took an incredible graduate-level sociology course called Social Disparities in Health, which gave me a deep foundation in understanding the many tangled and complex factors that contribute to health disparities, from discrimination, racism, and socioeconomic status to toxic exposures and chronic stressors. My data journalism class provided me with a foray into learning how to navigate complex datasets. I took two Spanish classes that will help propel me towards my goal of eventually doing interviews in Spanish and to developing deeper cultural competency around health-related issues. And I had a course in American natural resources law, which is a formative class that I wish I could have taken when I was beginning my career in environmental journalism.

But the coolest thing that has happened during the fellowship is that I have a collaboration forming with a professor and undergraduate student on campus, which came about as a result of the analysis that I was doing on health disparities for my fellowship project. I had gotten in touch in the fall with a professor of Integrative Physiology here at CU, Tanya Alderete, to talk with her about what I was finding. She specializes in understanding how environmental exposures can affect health, and we immediately realized that we had some important common ground in our interests. She and a very talented undergrad in her lab, Noopur Naik, are now doing some data analysis that could provide important insights into the questions I’m working to understand. This type of synergy is beyond what I had hoped could come from the fellowship.

4. What is one rule or strategy of environmental reporting you find particularly important?

This isn’t strictly specific to environmental reporting—I think it’s relevant to reporting on any topic, particularly when writing about communities and the people in them, which I'm planning to do a fair amount of throughout the fellowship and hopefully after.

I recently co-organized a panel for the National Association of Science Writers annual meeting, which was called “Telling Stories That Include Indigenous Perspectives.” One of the questions that we posed to our panelists was about how journalists can build rapport and trust within Indigenous communities when those communities have long had a reason to be wary of journalists and other outsiders.

The panelists’ feedback really struck me as simple yet profound, because they emphasize the importance of getting to know the community that you're covering by spending time in it and doing a lot of listening. I found that humbling and also challenging because so many of us know what it's like to be facing down deadlines and to need a quote from a certain type of source. We can be tempted to just want to extract what we need from the interview. But now, more than ever, in this time of unprecedented awareness of social, environmental, and racial injustices, I can't think of anything more important than to be reminded, as a reporter or journalist, to slow down and listen—to take more time with my sources.

5. What do you like to do outside of journalism? 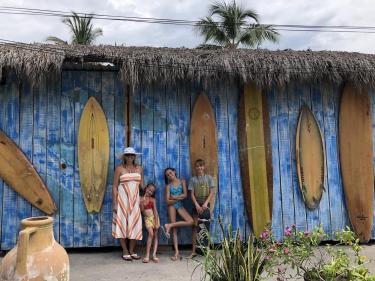 I have three kids; the youngest is in second grade and the other two are in middle school. So, as a parent of young kids, hobbies can be few and far between. But I knit and play piano when I can find the time.

Pre-pandemic, one of my favorite things to do was to travel with my kids. I have a deep passion for Latin American culture and I’m learning to speak Spanish proficiently, and I've been determined to plant the seeds of that cultural experience for my kids as well. So for two years in a row before the pandemic, I had traveled with them to Mexico for a month during the summers, where I worked remotely and we took Spanish classes in various parts of Mexico.

My husband is only able to join us for a short part of those trips due to his work constraints, so I'm largely traveling alone with them during these trips. We were planning to do that again in 2020, but then COVID happened.

It's been thrilling to experience a new language and culture with them and to see it really shape who they're becoming. So I'm excited to do that with them again when life returns to something resembling normal.