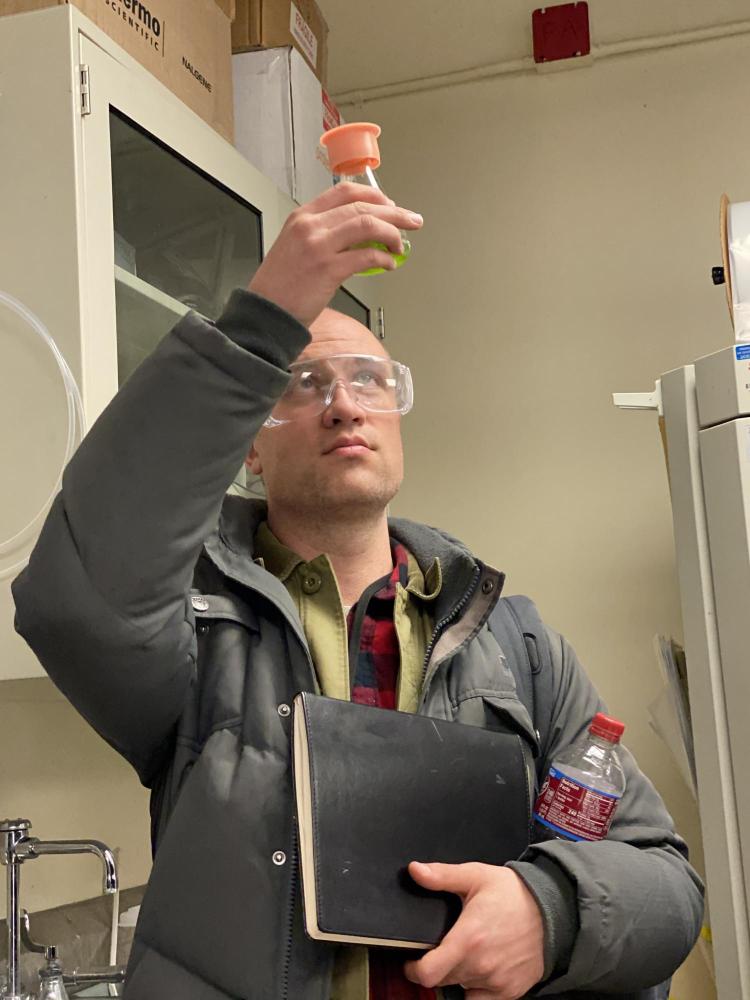 The CEJ Scripps Fellowship has been bringing award-winning environmental journalists to CU Boulder for 21 years. Fellows embark on a year of courses, projects, field trips, seminars and more -- taking advantage of everything university life has to offer. This series is a chance to get to know this year’s cohort of talented journalists beyond what a typical bio page will tell you.

Joe Fassler is deputy editor of The Counter, an independent nonprofit newsroom covering the economics, politics, and culture of food. A former 11th Hour Food and Farming Fellow at the UC Berkeley Graduate School of Journalism, his work has appeared in publications like Longreads, Smithsonian Magazine, Creative Nonfiction, and Catapult, and his reporting has twice been a finalist for the James Beard Foundation Award in Journalism. As a longtime contributor to TheAtlantic.com, he also edits “By Heart,” a series of interviews about literary influence and the way writers face creative challenges.

1. Why did you choose to cover environmental topics and is there any memory that stands out as formative in your decision?

I love that environmental reporting comes down to something so tangible: the physical reality of our planet. What could be more urgent than the air that we breathe, the water that we drink, the places where we live? Because of that immediacy, the stakes always feel very high in a way I’ve always found compelling. I first started getting interested in environmental reporting when I moved out to Iowa for my MFA in fiction, which is kind of how I got my start as a writer. I wasn't a journalist originally. Having been a lifelong resident of the Northeast, I wasn’t used to living in the middle of a gigantic cornfield. I’d sort of naively imagined Iowa to be like the musical Oklahoma!, but rather than an idyllic place I found the landscape to be quite forbidding: dominated by crop production, the streams unsafe to swim or fish in due to all the nitrates in the water, air quality alerts getting sent out all the time. It really was eye-opening to me. I started reporting for The Atlantic on a huge salmonella outbreak that came from egg facilities in Iowa. Those were the first big food stories I ever did, and they were how I got my start. 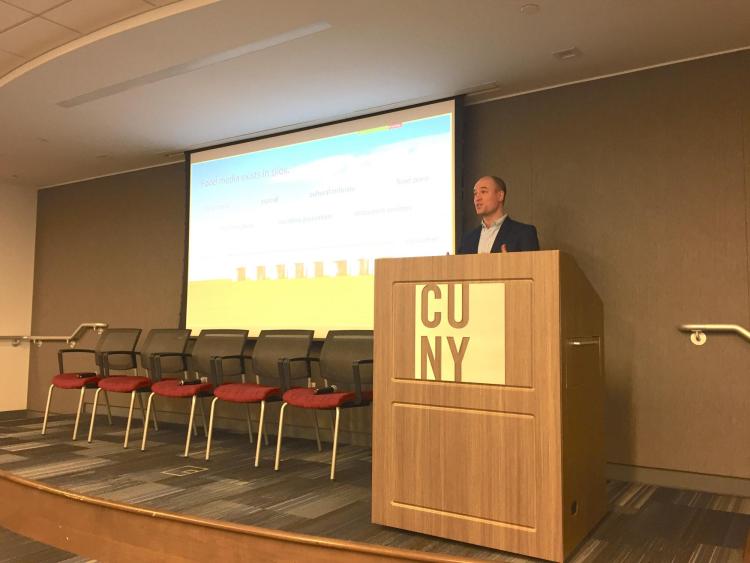 2. What do you think is the most important environmental story happening today?

It's so tempting to say climate, obviously. But because we're all so aware of climate change and the increasing role that it's playing in society, there are maybe two other things I would say.  First, I think our relationship to the planet we live on is in the middle of a fundamental transformation—not just the climate but it's the land itself, its the animals and species that we take for granted, the foods that are available for us to eat. I have a three-year-old son, and the world that he inherits will look different in very fundamental ways from the world that I grew up in. I think trying to understand the nature of that change, as well as the forces driving it, is one of the most profound topics that a nonfiction writer or journalist could devote themselves to. Second, beyond that, I would say that policy is the most important environmental story happening today. It sounds uninteresting, but it’s crucial. It's easy to feel all this climate grief and rage, the range of overwhelming emotions related to the transformation I was just talking about. But policy, to an extent, got us where we are, and any lasting solutions that the challenges we face will necessarily be supported by policy. The challenge for environmentalists is to find stories that can make in-the-weeds policy considerations as vital and important as they are.

3. What is the most surprising thing you have learned at CU or in the boulder community since you started the fellowship?

It's been amazing to have direct access to so many incredible research institutions in and around CU. Whether they're governmental or part of the university, the scientists and researchers we’ve been able to meet this year are the ones breaking new ground in our understanding of how the world works. We all hear about increasing levels of carbon dioxide in the atmosphere, but how do we actually know that? As fellows, we got to see first-hand: We took a trip to one to the Mountain Research Stations through INSTAAR, where concentrations of atmospheric gases have been measured for decades. The employee who gave us the tour is tasked with regularly carrying down delicate canisters of atmospheric gas from the mountain to be analyzed. When the snow builds-up, she throws the canister in a handmade sack and skiis down the mountain that way. And it’s through this humble operation on a mountaintop that's been going on for decades that we know how the air around us is changing the way that it is, informing everything that we do politically, scientifically, and journalistically. That's just one example. There's so much cool stuff going on here that provides the basis for the knowledge we have about our role in the world. It's been a thrill to get to be so close to it.

4. What has been the most helpful part of the Scripps Fellowship so far?

In addition to getting to spend so much time with the other fellows, and the people at the CEJ, and the wonderful lecturers who come in and tell us about their work, it's fun to be a student again. So much of the time as a journalist you're in the seat where you're educating other people and telling them here's how to understand a topic—but we don't know it all. I’ve learned so much already through my own coursework here, and the new research I’ve confronted has helped challenge some of the subtle assumptions I think I sometimes bring to the table. Food is such an emotional topic and food production can be so picturesque or so ugly that it's easy to align yourself emotionally, whether you want to or not, with certain approaches. But the grad courses I've been able to take in environmental studies have deepened my base of the scientific understanding and helped me to see the issues at stake in a more complex light. That strong grounding in current research is unusual for food journalists, and it is something I'm really grateful for.

5. What are your favorite things to do outside of journalism?

I am also a writer. I am working on a novel that's coming out next year and I’m doing the edits for that now. Fiction was my first love as a writer and I still do love it as a way to explore the same kinds of ideas that I write about as a journalist, but through a different lens. It’s a way to get at the mythic truth as opposed to the objective or journalistic truth, which is a nice counterpoint for me. It’s maybe a little unusual to do both things, but I really need them both or I feel like my exploration of a topic is incomplete. It's also a lifestyle thing. With fiction, you're really alone, away for hours at your desk— just you and the words on the page and the characters in your head. Journalism gets you out into the world and talking to people. It's social and you have colleagues and co-workers and that’s a big part of why I love journalism so much. They really reinforce each other nicely.