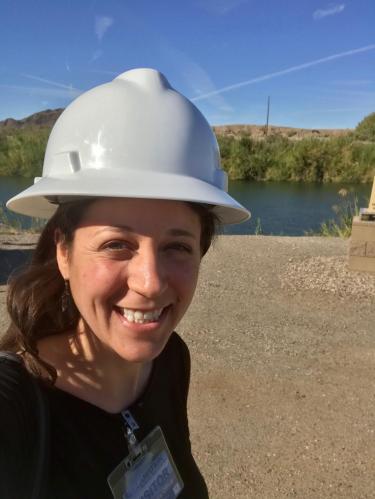 The CEJ Scripps Fellowship has been bringing award-winning environmental journalists to CU Boulder for 21 years. Fellows embark on a year of courses, projects, field trips, seminars and more – taking advantage of everything university life has to offer. This series is a chance to get to know this year’s cohort of talented journalists beyond what a typical bio page will tell you.

Sharon Udasin is an independent journalist who has extensively covered environmental issues in Israel and the surrounding region, with a particular focus on water politics, the natural gas sector and renewable energy. After launching her career as a staff writer at The New York Jewish Week, Sharon spent many years as the environment and energy reporter at The Jerusalem Post in Israel and later moved on to a science writing position at the Weizmann Institute of Science.

1. Why did you choose to cover environmental topics and is there any memory that stands out as formative in your decision?

Luckily, I fell into the environmental beat simply due to being in the right place at the right time. That being said, I did have a pretty strong interest in environmental issues my whole life because of my mom. She's an internist but she specializes in environmental medicine, so growing up, common household words were things like mercury and radon and asbestos.

When I first moved to Israel I was working at The Jerusalem Post as a copy editor and writing freelancing articles for the paper’s weekend magazine – all the while hoping that a full-time reporting position would open up. The position that happened to become available was Environment and Energy Reporter, so I immediately said, “Yes please, I want to do this,” despite the fact that my Hebrew skills were very minimal at the time. (It’s an English newspaper, but you have to go to Hebrew press conferences, read Hebrew press releases and conduct a lot of interviews in Hebrew). But somehow the editor-in-chief at the time, David Horovitz, took a chance on me and told me to continue studying Hebrew while I started the position.

2. What do you think is the most important environmental story happening today?

In my opinion, it's not one particular story; rather, it’s more of a larger issue. Many of today’s climate and environmental stories inspire people to look only at what we're doing wrong, focusing on the disastrous nature of our past actions and current state of no return. But I think we can look at environmental stories in general with a more positive, optimistic angle. There are opportunities for collaboration and that's kind of where my project here at the Scripps Fellowship is focusing: how people can work together to create solutions to problems despite having political tensions, even when there is animosity between governments. Environmental issues really know no bounds. I've seen through my time working in Israel that if there's sewage in Gaza, this sewage is going to come to the shores of Israel; if there's air pollution in Israel, it's going to go to the West Bank. All of these issues have to be dealt with together, even when countries don't necessarily cooperate on a diplomatic level.

That's also how I viewed the U.S. and Mexico when I visited the Colorado River Delta during a reporting  trip in early January. You could see the wall – I was at a point of the border where Trump's wall was going up – right there. You could see that happening, but at the same time, there were so many people working together on the Colorado River issue. Arizonans and Mexicans are not letting political obstacles impact their ability to make progress on a critical environmental issue.

3. What is the most surprising thing you have learned at CU or in the Boulder community since you started the fellowship?

Well, I can say upon landing in Denver and moving to Boulder my husband and I were both surprised just how hard it is to find a trash can in the street; it is so much easier to find compost and recycling bins than to just find a normal trash can. We were really impressed by that and the whole culture of composting, as well as the Boulderian  “eco-consciousness” and tendency to take care of the environment.

I don't know if it's due to the mountains and beautiful natural spaces you have around you or if there’s just something else in the air. 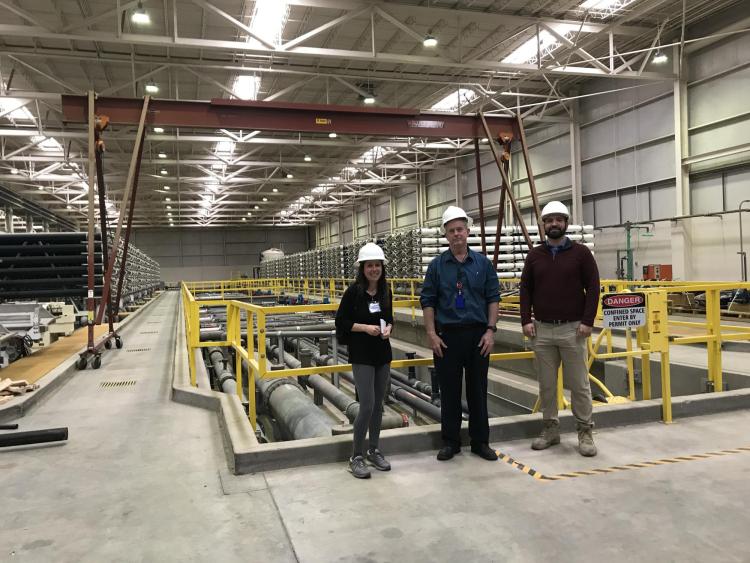 4. What has been the most helpful part of the Scripps Fellowship so far?

5. What are your favorite things to do outside of journalism?

I have a preschooler and a toddler at home, so spending time with my family is certainly  at the top of my list. My husband and I like to take these two little ones on hikes around the area all the time, and we're proud to report that our four-year-old does make it through these multiple-mile hikes on foot. We space out the snacks strategically, and his  17-month-old sister typically nods off to sleep in the baby carrier. This allows us to spend time together, as well as encourage our kids to appreciate nature from a young age. I also increasingly am enjoying running, probably in large part due to the natural beauty of this place. I've been running for many years, but I honestly used to dread it. Then I began running out here – and even gained a trail running partner through the fellowship – and now I actually really like it. I also love fiction, both reading and writing. I’ve been trying to write some fiction in my not-so-spare time.