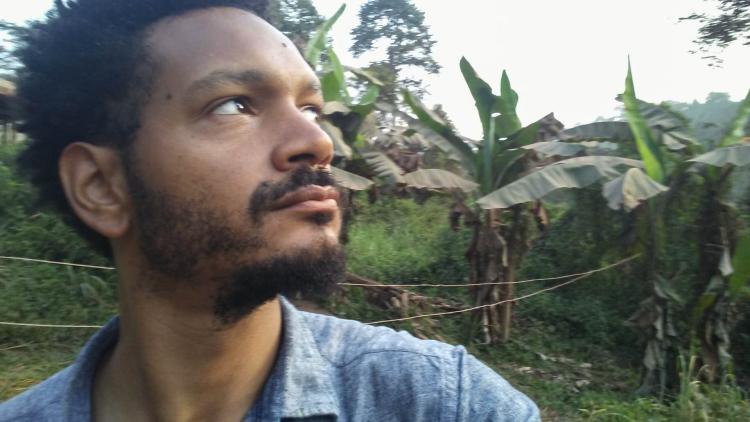 he CEJ Scripps Fellowship has been bringing award-winning environmental journalists to CU Boulder for 21 years. Fellows embark on a year of courses, projects, field trips, seminars and more -- taking advantage of everything university life has to offer. This series is a chance to get to know this year’s cohort of talented journalists beyond what a typical bio page will tell you.

Chris Lett is an award-winning journalist, photographer, yogi and former producer for CNN. As a producer for the Network, he covered issues ranging from terrorism to the fallout over air pollution in Louisiana's Cancer Alley.  Chris grew up in Atlanta and served as an AmeriCorps volunteer after earning a B.S. in Business from Guilford College. In the Ted Scripps Fellowship, he will dive deep into the systemic problems connected to overfishing in West Africa.

Why did you choose to cover environmental topics and is there any memory that stands out as formative in your decision?

When I studied abroad in Ghana as an undergrad I felt like all of the images -- and I studied Africa, I was kind of Afrocentric -- I still felt like I was robbed of what we had been shown versus what it actually was for me on the ground. It was a very eye-opening experience and I wanted to be able to find a way to help foster a cultural exchange between people there in Ghana, and in Africa as a whole, and people here in America and in the world. 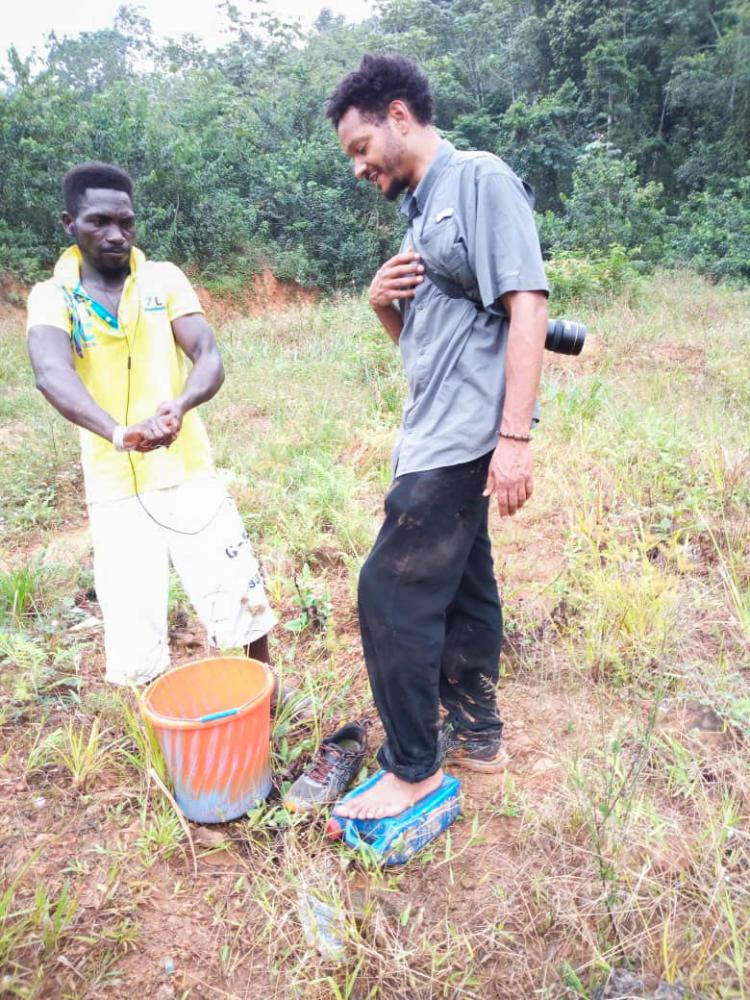 I thought that maybe if I can present more accurate images, more positive images, more realistic images and not just focus on the really truncated coverage that comes out of Africa on most outlets, I could help bridge those gaps -- walk across what I like to call bridges of commonality. Bridges that by the time you cross them you realize that “hey, that person...they’re not so different than me”.

I felt like journalism would help me do that. Then taking it a step further, I think environmental journalism helps bridge those gaps even more because we all have to depend on the air, we all have to depend on the water, we all have to depend that when we step on a piece of land that it's not going to sink under our feet. And we rely on energy, in whatever form it comes, we rely on it to move about our common ground. So for me environmental journalism is somewhat of a common ground and a true equalizer of races, cultures, and religions. And that's what I'm all about: helping people understand how unique we are, yes, but how uniquely the same we are at the same time.

I would say the plight of coastal peoples. I think we need to really get in check what we're going to do with the millions -- billions -- of people that live along coastlines around the world because in fifty to a hundred years a lot of those places won't look the same. Maybe they'll exist in some shape or form and for those who can afford it they can build higher and build better, but for a vast majority they can't build; they can barely even afford to move if it comes to that.

I think if we focus on the things that are at the end of the day, the most obvious things, the things that you can see, touch and feel, the tangible results and effects of climate change that we can see -- ice melting, sea levels rising and storms getting worse because of that.

After the plight of the coastal peoples, I would say storms would be the next one and then earthquakes...and...ancient alien invasions -- joking -- but you know.

Where do you find inspiration for the stories you tell?

I find inspiration just in people and people's interests -- Why does that interest people? Why do they care? What's so cool about whatever it is that they're so passionate about? How do they get to that point? -- I'm always interested in the origin story so anything that has a cool origin story, which most things do, especially when people have a passion.

What are your favorite things to do outside of journalism?

What is one rule or strategy of environmental reporting you find particularly important?

One thing that I love to always share is Victor Blackwell. He's a reporter that I worked with in Atlanta at CNN for years and he shared with me one day -- this it's probably one of the smartest journalists they have at the network -- he is always preaching this kind of acronym called C.A.R.E.

‘C’ stands for character, you have a story you need to have good characters. ‘A’, you need to have action. This is the context of T.V. we’re talking about, so we need to have action or at least video and we need to have some type of active component that keeps you visually interested. ‘R’, it has to be relevant to be news. Then ‘E’, emotion, you have to be able to draw out the emotion in the mundane or in the static. In addition to the emotion that you're probably going to get anyway from your characters, you have to be able to emote in your writing and in your storytelling beyond what the mechanics of the story require to make it a living thing.

So, that's C.A.R.E. When we worked on our big investigative piece together he put that out there when I first sat down with him: What makes a good story?

It doesn't matter what story it is, all stories need to have this, but especially with these environmental stories.