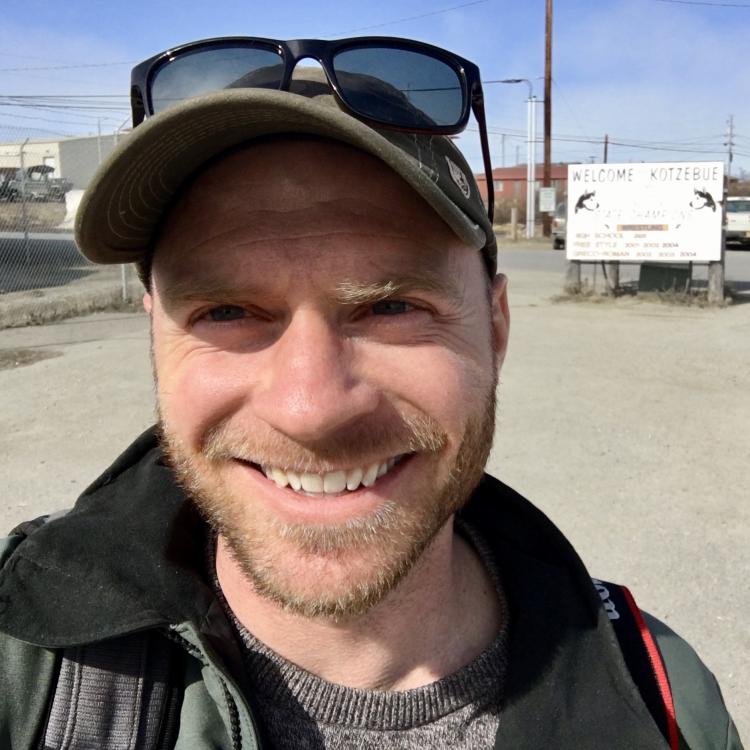 The CEJ Scripps Fellowship has been bringing award-winning environmental journalists to CU Boulder for 21 years. Fellows embark on a year of courses, projects, field trips, seminars and more — taking advantage of everything university life has to offer. This five-part series features each of the talented journalists in this year's cohort, taking a closer look at what drives them as journalists and what they think about environmental journalism today.

Stephen R. Miller is an independent journalist who has covered climate change, energy, conservation, wildfires, and environmental justice from the Sonoran Desert to Arctic Alaska. His work has appeared in The Atlantic’s CityLab, Pacific Standard, High Country News, Audubon, Seattle Magazine, Sierra, and others. Previously, he was senior editor of environmental justice for YES! Magazine and managing editor for a Washington state-based community newspaper publisher. He has received honors from the Society of Professional Journalists and Washington Newspaper Publishers Association for work including coverage of First Nations resistance to oil pipelines in British Columbia, video reporting, and a series of comics journalism. As a Scripps fellow, Stephen will examine how the arid West is adapting to a changing climate.

Why did you choose to cover environmental topics and is there any memory that stands out as formative in your decision?

I pictured myself covering gritty topics like conflict, crime and corruption, but as a student in southern Arizona I worked for the Tombstone Epitaph where the only available beat was the environment. The stories weren't groundbreaking, but they grabbed me. And they got me outside. One day I stood in a dry wash talking with a hydrologist about desert stream flow dynamics. The next, I sat in a stuffy living room with nicotine-yellowed windows and listened to an old hermit complain that the views from his personal observatory were marred by increasing light pollution. This seemed like where I wanted to be, and you know what? The crime and corruption stuff is there, too.

Consumption. You do it. I do it. How do we avoid something that’s so engrained in our society?

What is the most surprising thing you have learned at CU or in the Boulder community since you started the fellowship?

I didn’t come to CU to study psychology, but that’s what I seem to be doing. How do we make decisions, and why? Although I’ve focused on environmental justice, I’ve taken much of the social and cognitive science around climate change for granted in my career. But recently I’ve come across research on human behavior that completely undercuts how I thought we should be addressing the big issues. Now is probably a good time for some serious consideration of what drives us to drive off a cliff.

Access to information. Everyone — professors, researchers, makers, other fellows — are all within a quick bike ride. That's an enormous luxury, and being able to take classes as a professional, when my priority is applicability rather than credit, is a privilege everyone should have.

What are your favorite things to do outside of journalism?

I never go biking, can't stand backpacking, and wouldn't be caught dead on a motorcycle. Art of all kinds, but especially music and cartoons, bores me. I stay inside as much as possible, reading obscure Norwegian authors so I’ll have something to talk about with fellow Scripps Fellow Elizabeth Royte, and monitoring Twitter.