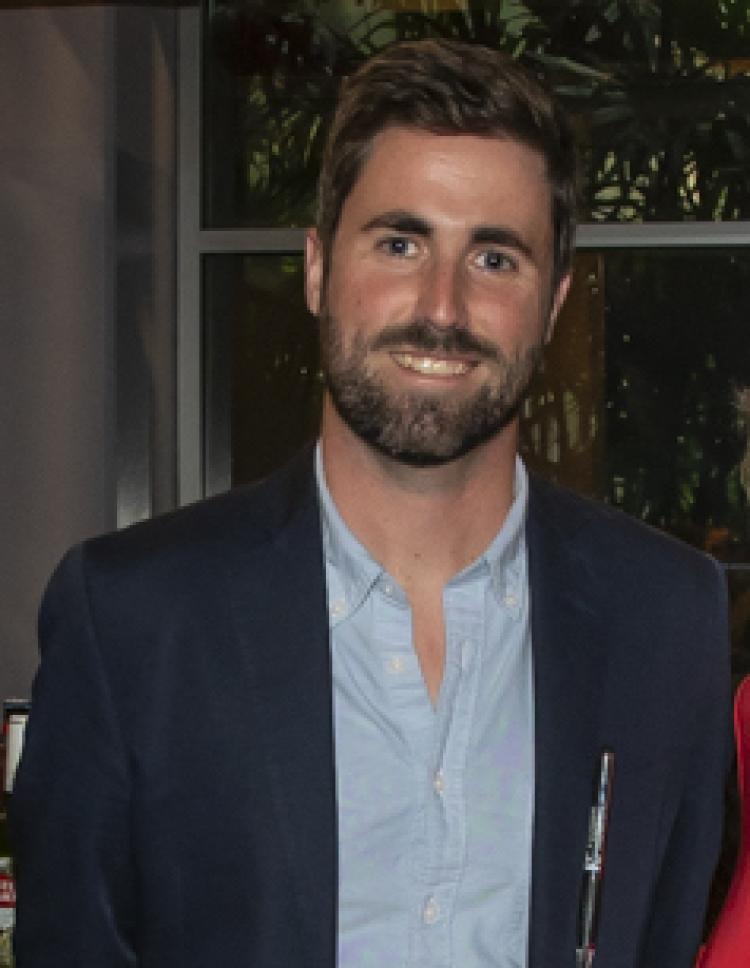 The CEJ Scripps Fellowship has been bringing award-winning environmental journalists to CU Boulder for 21 years. Fellows embark on a year of courses, projects, field trips, seminars and more -- taking advantage of everything university life has to offer. This series is a chance to get to know this year’s cohort of talented journalists beyond what a typical bio page will tell you.

Peter Brannen is an award-winning journalist whose work has appeared in The New York Times, The Atlantic, The Washington Post and many more top publications. His book, The Ends of the World, about the science behind the five major mass extinctions in Earth’s history, was named New York Times Editor’s Choice. Peter is focusing his fellowship on the study of paleoclimate and climate change over geological time scales. He hopes to illustrate how earth’s past can be our best window into its uncertain future.

The most important environmental story today will continue to be the most important one for at least the next several thousand years. We’ve nearly set in motion enough warming to melt almost all of Greenland. This will take thousands of years to play out, but it means that sea level will continue to rise—perhaps for the rest of future human history. Plants and animals are already migrating to the poles and will continue to do so for the next several centuries, competing with humans for natural resources. But perhaps much more frightening than warming itself, is ocean acidification. When seawater reacts with excess CO2 in the atmosphere it becomes more acidic and reduces the amount of carbonate available for animals to build their shells and skeletons (and happens to be a kill mechanism in many of the worst mass extinctions in earth history). It will take at least 100,000 years for the chemistry of the ocean to be restored through natural earth processes. Even longer term, though, if we burn it all, we could to delay the next glacial cycle by about 400,000 years, an incredible testament to humanity’s ability to transform earth’s surface. And in the extremely long term, the record we leave behind in the rocks of this bizarre jackknife in earth’s ocean and climate system, will last several hundred million years, preserved in ocean sediments as an interruption in the limestone in some canyon in the far future for god-knows-what kind of geologist to discover.

What is the most surprising thing you have learned at CU or in the Boulder community since you started the fellowship?

That CU is the #1 Geosciences school in the world! I came to the absolute perfect place to work on questions of deep time, the environment and how life and earth systems respond to extreme episodes of climate and ocean chemistry change, both in its past and future. It’s an honor to be able to hang around with, and pick the brains of, the earth scientists who work here.

Where do you find inspiration for the stories you tell?

For the past few years I’ve found inspiration for my stories from the earth itself, and its incredible history. There are, I don’t know, a thousand journalists dissecting, reacting to, and counter-reacting to, every gauche syllable put out by every C-list political hack in DC, and another thousand covering this week’s NFL injury report, and, as far as I can tell, zero covering the Silurian Period which lasted 20 million years. There are more stories about the history of life and what it can tell us about our future than I know what to do with. The story of our planet, and the scientific story in general is so much more interesting, dynamic, mysterious and mind-blowing than anything else out there. And, lucky for me, it’s criminally under-covered.

I have on my slate here at CU a heavy dose of hard science courses, which have been extremely helpful in deepening my understanding of the fundamentals of things I’ve been writing about for years. For instance, understanding how the ocean works is crucial if we’re to have any hope in predicting what’s in store for us in the coming decades and centuries. And I write about the oceans a lot. But—to take one example—I had in my head a cartoon model of how El Niño (one of the most important climate/ocean phenomena in the world) worked. However, in my Climate and Physical Oceanography class (shoutout to the professor Kris Karnauskas), we’re working through equations and learning about El Niño’s actual mechanics—which can only be fully understood by first grappling with things like Rossby and Kelvin Waves, Ekman Transport, Geostrophic Flow, the Conservation of Potential Vorticity, and so on. The experience has been humbling (I’ve seen more Greek symbols in the past 2 months than in the previous 5 years) and invigorating. And it’s sure to make my future reporting better informed and more thorough. The other most helpful part of the fellowship has been meeting up with professors outside of class, in their office and over coffee or beers. I’ve also joined discussion groups, like one on geobiology and one on macroevolution, in which I’ve been able to sit in on—and even contribute to—discussions about the still unanswered big questions that drive research, and that scientists wrestle with long after class is over. Seeing science in action as a search for truth, pushing the frontiers of knowledge ever-outward, is inspiring. And in developing these relationships with CU scientists outside of class I’ve even been able to join up with researchers in the field, including a recent trip to Death Valley to study rocks that could provide insight into the origins of complex life.

What is one rule or strategy of environmental reporting you find particularly important?

The one maxim I try to keep in mind when writing is to never talk down to the reader (something which, unfortunately, I think is rather prevalent in science communication in particular). People are naturally curious and if they don’t happen to know something it’s not because they’re dumb or congenitally uninterested in science. And if I happen to know something interesting that the reader doesn’t, it’s my job to explain it to them as a peer, not a kindergartner.