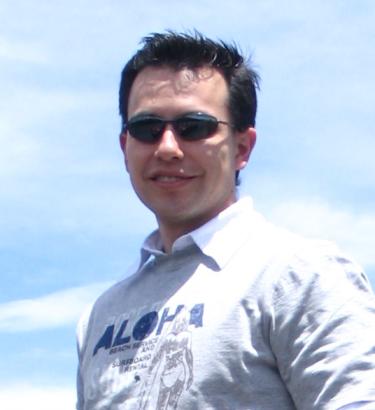 Research Summary
It is now accepted that under the influence of solar radiation pressure, the absorption, reflexion and re-emission of radiation can cause asteroids to change the rotational motion around their own axis, making them to go slower or faster (the YORP effect).  In my research, I have  tried to understand the rotational disruption and deformation process that smalls asteroids undergo during their lifetimes.  Small asteroids (<150 m) can rotate much faster that they should be allowed to if gravitational forces were the only thing holding them together.  If this were the case, there would exist a maximum angular speed (spin rate) that could be attained only by the densest asteroids and not one should be able to rotate any faster.  The problem is that observations show this limit only for the larger asteroids (with a rotation period of ~2.3 h), the smaller ones can rotate much faster.  Some of them could indeed be monoliths, but from what some space missions have shown, asteroids are actually aggregates formed by a size distribution of particles that go from dust to boulders tens of meters in size.  Through simulations it has been possible to put forward a theory that explains that this extra bonding came from Van der Waals forces, cohesive surface-surface interactions between grain surfaces.  The smaller dust and pebbles would form a sort of weak cement that could hold the larger rocks and boulders together allowing small asteroids to rotate beyond the gravitational spin limit.  The strength of the asteroid in turn would depend on the average size of the particles, their contacts and the materials they are made of as well as some other purely geometrical constraints.  This has also allowed us to delve into the study of the formation of binary asteroids, asteroid pairs, asteroid shapes and asteroid surface and interior heterogeneity.  At its very basics, the manner in which a small asteroid is going to deform or disrupt is intrinsically linked to its strength and how this strength is distributed in its interior.  My expertise in Granular Dynamics has also allowed me to be part of the science team of the NASA OSIRIS-REx mission that was launched in September, 2016 and which will bring a sample from the surface of asteroid Bennu in 2023.  For this mission, I was tasked with simulating the interaction between the asteroid surface and the sampling mechanism of the spacecraft (Touch and Go Sample Acquisition Mechanism - TAGSAM).  Incidentally, if at some point the world needs to either destroy or deviate an asteroid from a collision path with Earth, acquiring the kind of insight I am providing would be extremely valuable.

Simulated spherical asteroids with different levels of tensile strength have been implemented, showing that the formation of binary asteroids and asteroid pairs could be directly linked to this one characteristic. 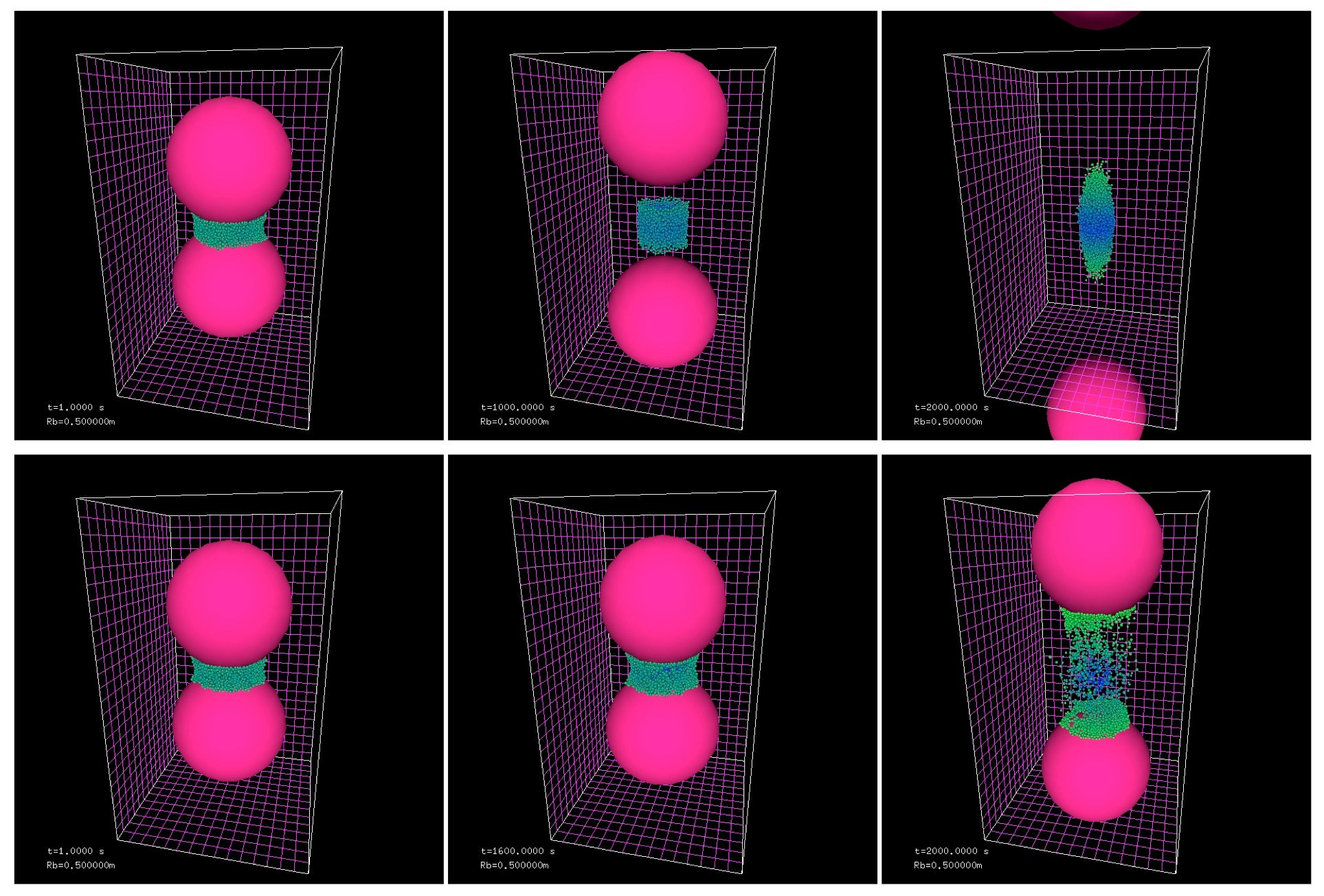 Two self gravitating systems consisting of two spherical boulders (red)  connected by granular bridges; the boulders are being pulled apart.  The cohesionless system (top) breaks as soon as the gravitational forces are surpassed.  The cohesive system (bottom), breaks when gravitational and cohesive forces are surpassed.  The latter takes about 40 times more force than the former.