About the Associate Director 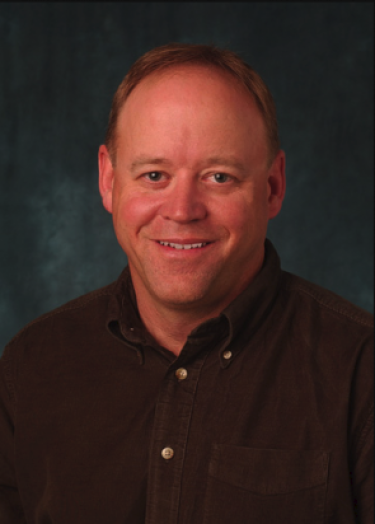 Dr. Nerem joined the faculty in August 2000 after spending over 6 years at NASA/Goddard Space Flight Center as a geophysicist, and over 4 years at the University of Texas at Austin as an assistant and associate professor. He received his B.S. degree in Geology from Colorado State University in 1982, and his M.S. and Ph.D. degrees in Aerospace Engineering from The University in 1985 and 1989 respectively. Dr. Nerem also worked for NOAA and the Jet Propulsion Laboratory during his graduate training.

Dr. Nerem has more than 70 refereed journal articles and 13 refereed conference publications covering a variety of topics in satellite orbit determination, geophysics, oceanography, climate change, and planetary science. He has personally given more than 100 presentations at scientific conferences, in addition to co-authoring an equal number of presentations, and has chaired a dozen sessions at those conferences. In addition, he has co-authored a chapter for a book on the gravity field and co-edited a book on gravity field determination. He has served as an Associate Editor of the Journal of Geophysical Research - Solid Earth, and as Geodesy Editor for Eos Transactions of the American Geophysical Union (AGU). He also was awarded an Editors' Citation for Excellence in Refereeing by the journal Geophysical Research Letters in 1993. In 2002, he was elected to a 2-year term as Secretary of the Geodesy Section of the AGU. In 2005 he gave the honorary Bowie Lecture at the fall meeting of the American Geophysical Union. He received the AGU Geodesy Section Award in 2006. He was elected a Fellow of the AGU in 2008. He is a Lead Author of the Intergovernmental Panel on Climate Change (IPCC) 5th Assessment Report (AR5), sea level change chapter.

Dr. Nerem is a specialist in satellite orbit determination, satellite remote sensing, and space geodesy, the latter dealing with measuring the Earth's shape, gravity field, and sea level using space-based techniques. He has also applied these techniques to measuring the gravity fields of Venus and Mars. Dr. Nerem has participated in several NASA flight projects including Lageos II, TOPEX/Poseidon, Jason-1, Pioneer Venus Orbiter, and Mars Observer. In 1995, Dr. Nerem was awarded NASA's Exceptional Scientific Achievement Medal for his research in the area of gravity field determination, in addition to a dozen NASA achievement and performance awards he received while at NASA. Dr. Nerem’s research is currently supported by the National Science Foundation, NASA, and NOAA.

Since arriving at CU, Dr. Nerem has taught graduate level classes in Space Flight Dynamics, Satellite Geodesy, Satellite Technology, and Engineering Data Analysis Methods, and undergraduate classes in orbital mechanics and senior projects. In the past he has taught courses on Remote Sensing from Space, Applications of the Global Positioning System, and Orbital Mechanics, both at the graduate and undergraduate levels. He is currently Associate Director of CU’s Colorado Center for Astrodynamics Research, and a Fellow of CU’s Cooperative Institute for Research in Environmental Sciences.