The Bureau of Reclamation , founded in 1902 to bring water to the arid Western states, has transitioned from the world’s premier design and construction agency of dams, power plants and canals to a contemporary water management agency that focuses on helping the Western states, Native American tribes and others meet new water needs and balance the multitude of competing uses of water in the West. Reclamation’s mission also includes protecting the environment, water conservation and reuse, developing partnerships with its customers, states, and Native American tribes, and finding ways to bring together the variety of interests to address the competing needs for our limited water resources.

Since 1988, CADSWES has had a close working relationship with Reclamation, our largest sponsor. CADSWES has played a key role in Reclamation’s transition to a customer-centered management agency. The CADSWES decision support tools are widely used by Reclamation in numerous river basins for planning studies, operations, negotiations and stakeholder participation. CADSWES hosts the permanent offices of Reclamation technical leads of planning studies on the Colorado River, including former CADSWES graduate students. In addition to research and development of decision support system (DSS) tools, Reclamation funds graduate students on research projects that advance the sciences of hydroclimatology, forecasting, modeling and decision making.

TVA has been a major sponsor of the research and development of CADSWES river system and hydropower optimization DSS tools since 1990. A founding sponsor of RiverWare, TVA has used this modeling tool for scheduling operations of reservoirs and hydropower plants for over 20 years. The CADSWES collaborative R&D with TVA has supported the hydropower optimization development of the DSS tools and opened the door to further research in integrating renewables. 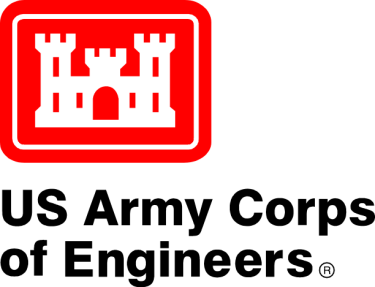 The U.S. Army Corps of Engineers  is the nation’s largest water management agency with over 600 dams, 12,000 miles of navigable channels, 329 million acre-feet of water supply in storage and 24% of the nation’s hydropower capacity. The Corps manages flood control on many additional dams, is the nation’s number one federal provider of outdoor recreation and is the nation’s environmental engineer. CADSWES has worked with several Corps offices over the past 20 years, developing a suite of water management modeling capabilities in RiverWare that are currently used by Corps offices on the Rio Grande, Arkansas, Red, Canadian, Verdigris, Neosho, White and Kansas Rivers, as well as several river systems in Texas.

The CADSWES R&D collaborations, particularly with the Southwest Division and the Albuquerque District, have greatly enhanced the power and flexibility of the CADSWES DSS tools. The Corps continues to be a strong sponsor and partner of our work. Corps personnel have spent many months at CADSWES in side-by-side training and technology transfer, strengthening this partnership. RiverWare is an accepted tool in the Corps’ suite of modeling and analysis tools and has been integrated as an alternative model choice in the Corps Water Management System (CWMS).