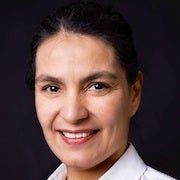 Screendance is a relatively new discipline that merges arts and technology, and more specifically film, or video and dance.  Since its inception in the 1950s, Screendance has been a powerful tool of artistic exploration for the dance artist.  Similarly, site-specific dance emerged as an extension of the post-modern choreographers during the 1960s and 70s, reshaping conventional notions of dance performances.   A site specific dance generates movement that is primarily informed by a specific location, as opposed to being created irrespective of place.

A Mexican video-choreographer living in the USA, Ana Baer Carillo work encompasses a variety of dance for camera work, as well as interdisciplinary performances and choreography.  Internationally active since 1990, she has been commissioned to create video installations, multimedia work and/or choreography in Chile, Costa Rica, Uruguay, Guatemala, Greece, Spain, France, and multiple venues in Germany, UK, Mexico and USA.  Her screen dance work has been selected by numerous International film festivals, such as AM Egypt Film Festival, Miami Epic Festival, Dance Screen Brighton and Thessaloniki International Film Festival, among others.  Carillo is a founding member of Avant Media, and Merge Dance Company and has been Artistic co-Director of Sans Souci Festival of Dance Cinema since 2004. In 2014 she co-founded WECreate Productions. She is currently teaching video dance and classical dance at Texas State University.