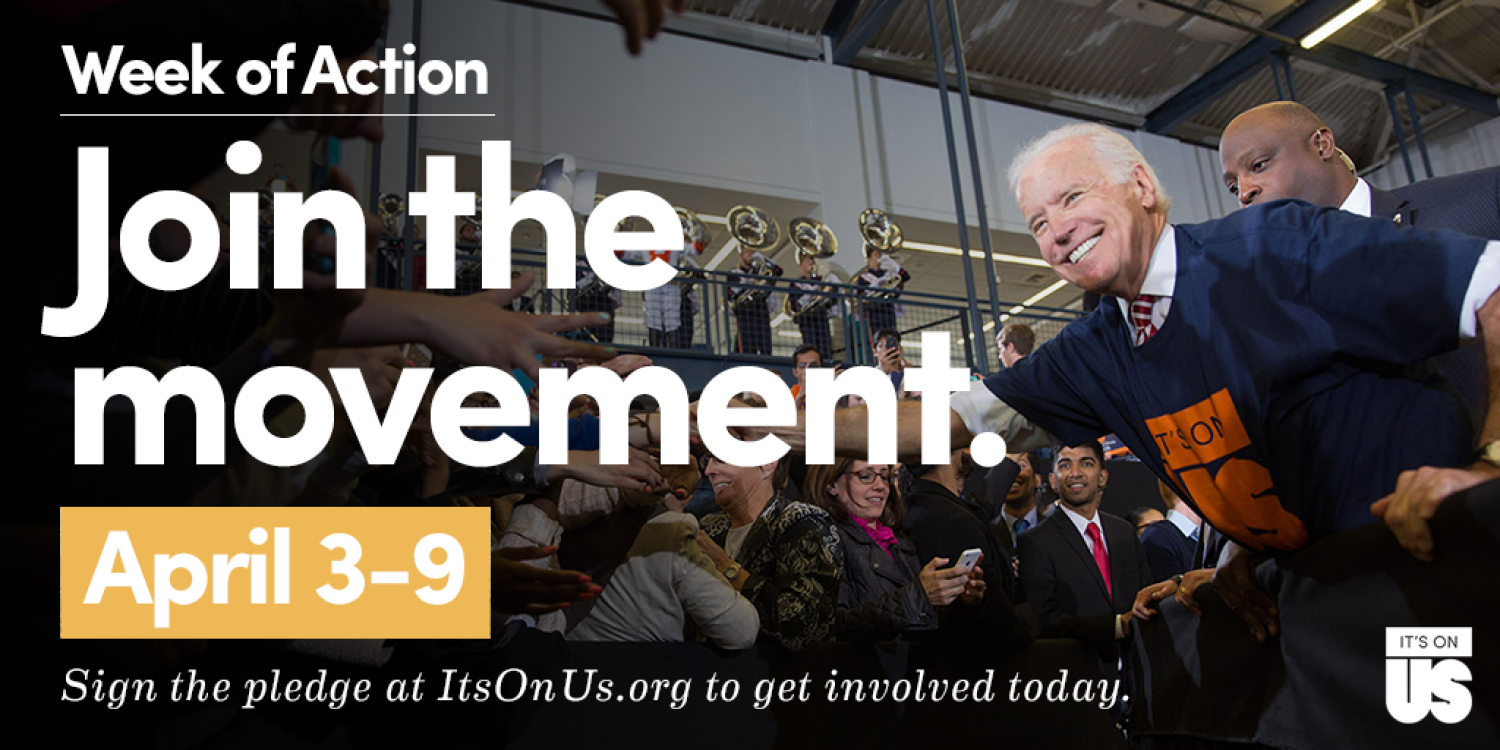 Vice President Joe Biden will visit CU-Boulder on Friday, April 8, to deliver a speech on the “importance of preventing sexual assault on college campuses across the country,” according to his office.

Biden will visit CU-Boulder, University of Pittsburgh and University of Nevada, Las Vegas as part of the national “It's On Us Week of Action.” Students around the country will host events on their campuses to engage college students and all members of campus communities in preventing sexual assault and supporting survivors of sexual assault, according to the vice president’s office.

The Office of the Vice President chose to visit CU-Boulder due to our strong efforts to support the “It’s On Us” campaign denouncing sexual violence and encouraging bystanders to be more effective in prevention efforts. Chancellor Philip P. DiStefano said the campus looks forward to hosting Vice President Biden and continuing the national dialogue on this issue.

“We share the same goals as the vice president when it comes to the ‘It’s On Us’ campaign and preventing sexual assault on college campuses,” DiStefano said. “The campaign is part of our comprehensive education and prevention initiatives to combat sexual violence and it complements our overall efforts during the past two years to become a national model in this area. The vice president’s visit will help bring more awareness to this very important issue.”