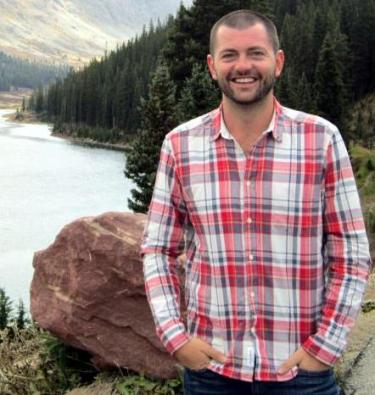 Sociology graduate student Zachary Owens has taught at CU Boulder for seven years, and this past spring was his first time teaching an online course.  Owens's online students nominated him for an ASSETT Teaching with Technology Award for Sociology 1016, Sex, Gender, and Society.  Owens says that for him, teaching online,

To achieve this level of interaction in an online classroom, Owens asks his students to participate in online discussions.  Owens makes it clear at the beginning of the semester that the online discussion should be a safe place to present personal opinion and even critique others' ideas.  He says,

A professor of mine once said, 'Remember, we critique ideas, not people,' and that's something I tell all of my students in every class I teach.  It's okay to disagree with an idea, and I actually encourage that because I believe that having our opinions challenged is an excellent way to learn and grow as an intellectual.

Owens also mentions the accessibility that the online classroom affords to non-traditional students, who may be based all over the country or otherwise be unable to be present in traditional college classrooms.  He says that he thinks those students only further complement the student body makeup:

Life experiences change people's perceptions ... It adds a level of diversity ... Technology helps spread the ability for a lot of people to get an education that they may not have been able to get in the past ... Some students have medical reasons that prevent them from being on campus ... They would have otherwise have had to take the semester off!

In place of in-class lectures, Owens records his voice lecturing alongside his PowerPoint slides playing.  Owens posts the recordings online for students to watch.  He says that he tries to keep his lectures to 45 minutes, and he occasionally includes open ended questions for students to ponder while listening: "When teaching in an online environment, you're not bound by four walls to keep you paying attention."

Owen plans to finish his dissertation this school year.  He would like to launch his career in a teaching-focused higher education environment:

I want to end up at an academic institution where teaching is the priority ... I love teaching.  It's what I want to do ... The more I teach, the more I like it.  I definitely know I picked the right career path.