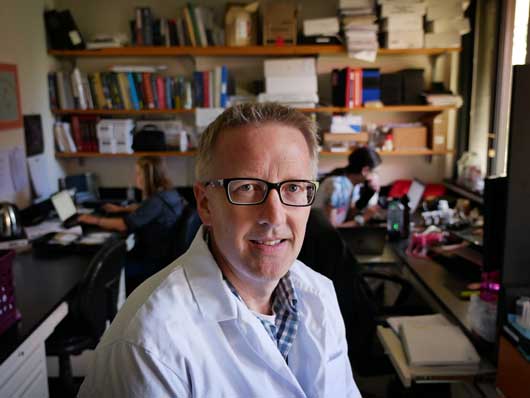 Raising the body temperature of depressed volunteers to the equivalent of a mild fever improved their symptoms of major depression for as long as six weeks after a single treatment, results from a new study show. 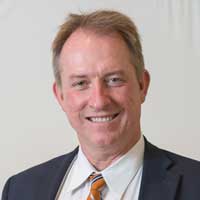 Researchers led by Charles Raison, professor of human ecology and psychiatry at the University of Wisconsin, conducted a small, double-blind trial to test whole-body hyperthermia as a novel treatment for major depression.

The research team, which included Christopher Lowry, associate professor of integrative physiology at the University of Colorado Boulder, evaluated the depressed volunteers on the Hamilton Depression Rating Scale (HDRS) and found that 60 percent of them had a response and 40 percent met the criteria for remission of depression during at least one assessment after having received the treatment.

“Our hope is to find better and faster-acting treatments for depression than the antidepressants currently in use,” Raison said.

The results were published online today in the journal JAMA Psychiatry.

The researchers used a whole-body hyperthermia device to raise the body temperatures of 16 volunteers to about 99.5 to 101.3 degrees Fahrenheit. Another 14 were randomized to a “sham” procedure in which they lay inside the hyperthermia device with fans and lights, but with less heat than administered in the real treatment.

The heat therapy, which is being used in Europe for several conditions including depression, has never before been subjected to a double-blind clinical trial for the treatment of major depression.

“Our objective here is not to induce a strong fever,” Lowry said. The goal is to heat the skin, “because the skin has sensory fibers that transmit signals to the brain, and that’s what we’re targeting, these signals that are transmitted through the spinal cord to the brain.”

Lowry and his team have previously found that whole-body heating activates neurons in the brain that synthesize the neurochemical serotonin, an effect that is shared by antidepressant drugs. Besides these effects on serotonin neurons, Lowry said, “We know that warming the skin activates areas of the brain where activity is low in depressed patients.”

One particularly important area activated by heating the skin, the medial orbitofrontal cortex, is involved in the regulation of mood. This area of the brain responds to pleasant sounds, smells, images, tastes and other stimuli.

“We knew that warm temperature activates this brain region, and we suspected (that heat) activated a much broader positive-affective circuitry,” Lowry said.

The exact brain pathway is has not yet known, but, “We think we are homing in on not just the fact that (whole-body heating) is an antidepressant, but the path, the circuit that’s being impacted.”

We were surprised to see that the effect (of reduced depression symptoms) was still present six weeks after the initial treatment.”

A premise of the research is that certain sensory pathways evolved to mediate antidepressant-like responses. Lowry said depression is associated with over-activity of the brain’s default-mode network, which is engaged when a person is ruminating.

But throughout evolution, certain conditions made such a state of mind “extremely maladaptive,” Lowry observed. Extreme heat would demand that people shift their attention from internal thoughts to the external world.

The whole-body heating used in the clinical study is extreme, with air temperatures in the chamber reaching approximately about 135 degrees Fahrenheit, “with many subjects report feeling hotter than they’ve ever felt before,” Lowry indicated.

“If you’re in extreme heat, and you’re becoming hyperthermic, you damn well better engage in some kind of behavior that will reverse that. Otherwise you’ll die.” Researchers’ hunch is that these neural pathways are “hardwired to initiate that shift” from inaction to action. Depressed patients, on the other hand, are often disengaged from the world around them.

In the new study, researchers observed a placebo effect from the sham treatment, but the placebo effect was significantly smaller than the observed effect of the whole-body hyperthermia treatment.

As Raison noted, “Our sham intervention was so realistic that most of the participants (10 of 14) thought they were receiving the real treatment.” That is important, because it suggests the antidepressant response after the real treatment can’t be attributed to the placebo effect.

The real hyperthermic treatment improved depression scores by a mean of 5.67 points more than the sham at week one and a mean difference of 4.83 points at six weeks after the treatment. On the Hamilton Depression Rating Scale, those who score between 0 to 7 are deemed normal, 8 to 13 to have mild depression, 14 to 18 to indicate moderate depression and 19 and above to indicate severe and very severe depression.

All subjects were in a type of tent, similar in size and shape to a suntan bed. Those receiving the active treatment were heated on their chest by infrared lights and on their legs with infrared heating coils. After their core body temperature reached 101.3 degrees Fahrenheit (usually after about an hour and half) the heat was turned off and they were allowed to cool for an hour.

A week after treatment, researchers who did not know whether the volunteers had received the real treatment or the placebo condition assessed the volunteers’ depression levels using HDRS. Further assessments were made at two, four and six weeks. Self-reports also showed lessening of symptoms, although not as dramatic. Both groups reported only mild adverse effects.

“We were surprised to see that the effect (of reduced depression symptoms) was still present six weeks after the initial treatment,” Raison said.

Raison said that the current study extends results from an earlier open treatment study his group did with Lowry in Switzerland with inpatient volunteers with major depression.

Raison finds the results of the study encouraging, but cautioned that the sample size was small. He said more research is needed, not only to verify the treatment’s efficacy but also to determine how hyperthermia should be optimally delivered in terms of the temperature used, as well as how many treatment sessions would be optimal for producing the largest and most sustained antidepressant effect.

Lowry has received an award from the Colorado Clinical & Translational Sciences Institute (CCTSI) at the University of Colorado Denver to collaborate with Raison and Robin Dowell at the BioFrontiers Institute in Boulder to investigate potential biomarkers of antidepressant responses to whole-body heating. This work is due to begin in June.

The JAMA Psychiatry study was conducted at the University of Arizona and funded by the Brain & Behavior Research Foundation, the Depressive and Bipolar Disorder Alternative Treatment Foundation, the Institute for Mental Health Research, the Braun Foundation and Barry and Janet Lang and Arch and Laura Brown.

This was reported by Susan Lampert Smith, science writer at the University of Wisconsin, and Clint Talbott, communications director at CU-Boulder’s College of Arts and Sciences.