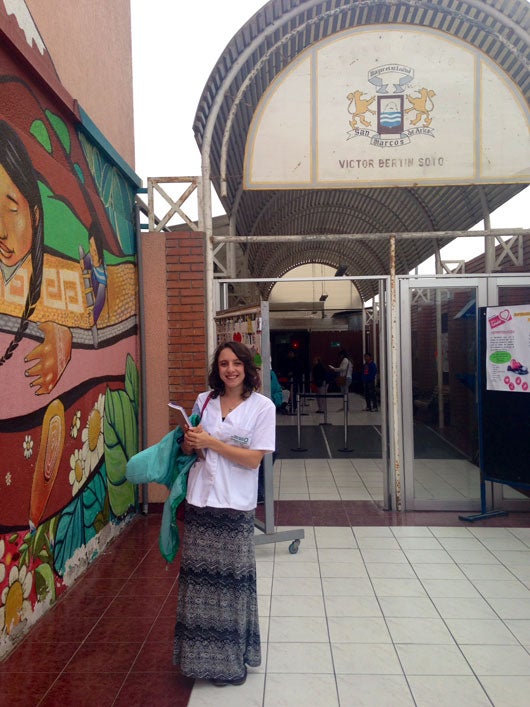 Kira Gressman’s experiences abroad in Chile inspired some ambitious goals at home, shaping her educational plans in the hope of effectively and compassionately delivering Western medicine while respecting traditional beliefs.

Gressman researched health-care systems in the Aymara and Mapuche indigenous communities of southern Chile. She hopes to combine what she learned about cultural sensitivity during her time abroad with her medical and scientific education at CU-Boulder. 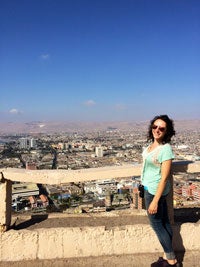 Gressman, who will graduate on May 9 and pursue both an M.D. and master of public health degree, first became interested in merging public health and traditional beliefs during a backpacking trip in Bolivia after her freshman year at CU. While visiting a fair-trade shop in La Paz, Gressman discovered that the proprietor was also running a women’s health center.

Seeing women who were hesitant to visit a doctor get access to much-needed medical treatment and advice impressed Gressman, and she started to research the topic. She discovered that for some indigenous groups, Western medicine is viewed with skepticism because it fails to take into account deep-seated community views on illness.

Gressman talked to some people who expressed a complex view of medicine that includes multiple approaches to public health.

“The Mapuche said that biologic illnesses can be cured by Western medicine,” explains Gressman, “but they also have social, mental health and spiritual illnesses. Their beliefs about those things are different from ours, but for these people, the illnesses they face are very real.”

Any healthcare provider or system that ignores those beliefs, notes Gressman, is less likely to succeed.

These issues drove Gressman to apply for the International Affairs Global Grant. The $1,000 Global Grant is a highly competitive study-abroad scholarship for international affairs majors, and over 60 have been awarded since 2010.

They have a plant that they say cures cancer. People came in, studied it, then left and never came back. The community is wary of this kind of behavior.”“We were thrilled to give Kira a Global Grant to support her research and build on her IAFS coursework on Latin American culture and language study,” says Tom Zeiler, international affairs director and professor of history.

Gressman chose to study the Mapuche people because their beliefs incorporate different kinds of healers. She learned about the Machi, a spiritual leader who also deals with health issues.

There is also the Lawentuchefe, an herb specialist who uses medicinal plants to create cures the Mapuche have used for thousands of years and passed from generation to generation.

And while she knows Western medicine can help many people in places like Chile, Gressman’s hands-on research has shown her that acknowledging a person’s beliefs and fears could be just as important.

Gressman learned from the Aymara that people coming into the community for medical research may have to work hard to gain trust.

“They have a plant that they say cures cancer,” says Gressman. “People came in, studied it, then left and never came back. The community is wary of this kind of behavior.”

Meeting members of these indigenous communities and learning to work with them has taught Gressman to deal with people of varying backgrounds. Here at home, she volunteers as an emergency medical technician and works with the Boulder County AIDS Project, applying the same compassionate approach she learned in Chile to local health issues.

For Gressman, it’s all about fusing medical knowledge with cultural understanding, no matter the location.

“I feel like a lot of time the humanistic perspective of medicine is left out,” says Gressman. “I really want to be a physician who can provide socially relevant health care to people.”