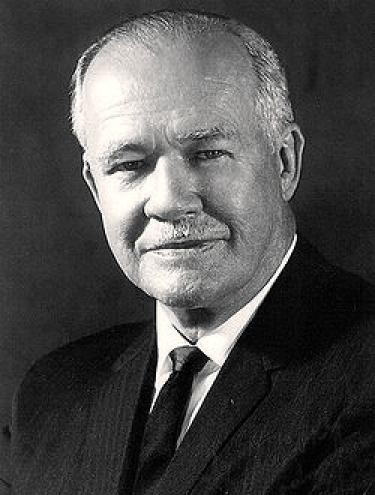 Colonel Wendell W. Fertig attended both the University of Colorado at Boulder and the Colorado School of Mines, but graduated from neither institution.  However, at his Army retirement ceremony in 1950, he received an honorary Doctor of Engineering degree from the Colorado School of Mines.  Upon leaving the engineering school in 1924, he accepted a commission as a Second Lieutenant in the Army Reserve.

Colonel Fertig served as a civil engineer with a number of mining companies in the United States and the Philippine Islands.  When America entered World War II, he was recalled to active duty as a Lieutenant Colonel with the U.S. Army Corps of Engineers to help fortify the Philippines against an attack by the Japanese.  Colonel Fertig was deep in the jungle of Mindanao when American forces in the islands surrendered.  He chose to fight rather than surrender.  Colonel Fertig, with an Army Captain and a Navy Petty Officer, organized a guerilla force of Filipinos and a small group of Americans.  As the 8th Army was preparing to retake the Philippines, they expected the guerrillas under Colonel Fertig to play a major role in operations.  His forces were supplied with weapons, ammunition, and other necessities by submarines and aircraft.  Colonel Fertig had over 33,000 personnel on his rolls in February 1945, some 16,500 of them armed.  As commander of the 10th Military District, Colonel Fertig grouped his forces into six divisions.  Upon Japanese defeat in the Philippines, Colonel Fertig was assigned to MacArthur’s General Staff to provide guidance on guerilla warfare tactics.  Following World War II, he contributed to the development of the Army’s Psychological Warfare Center, which later became the John F. Kennedy Special Warfare Center and School.  Colonel Fertig received a Distinguished Service Cross for his actions in combat.

Colonel Fertig’s assignments included Assistant Engineer of the Bataan Field Area, Engineer of the North Luzon Area; Chief of the Construction Section with General Headquarters; Commanding Officer of the 10th Military District on Mindanao, X Corps, Headquarters Southwest Pacific Area; Consultant on Guerrilla Affairs with the U.S. High Command in the Philippine Islands; Special Forces Plans Officer in the Office of the Chief of Psychological Warfare; and Deputy Chief of Psychological Warfare.  His final assignment, from 1947 to 1950, was as the Professor of Military Science at the Colorado School of Mines.