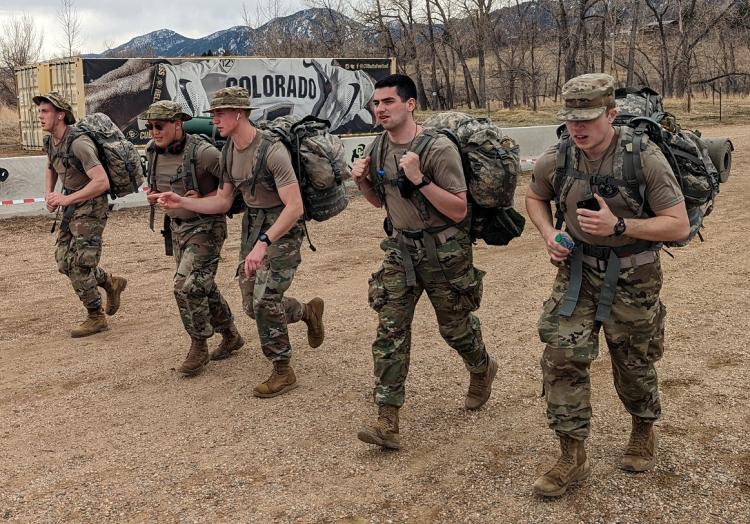 For the third year in a row (due to COVID-19), the Bataan Death March event was cancelled for an in-person organized event. Although our Cadets were unable-to make the trek down to New Mexico, they did register for the “virtual” Bataan event again this year, which allows participants to ruck 26.2 miles on a local course. The Bataan Death March is typically held down at the White Sands Missile Range in New Mexico.

Teams from each AROTC company chose to participate using their full heavy ruck sacks. They carried 35 lbs plus water and food and competed in five-person teams. The 26.2 mile course started on CU’s South Campus and followed the trails through the Town of Superior and the paved paths paralleling US 36.

CDT Sarah Schomaker (CCU) competed as an individual and finished second after the Alpha Company team. The teams stopped every few miles to fill-up on food and drinks and continue the march. Participants used a fitness/GPS tracker to log their miles so their time could be counted towards the overall Bataan Virtual Event.

Everyone was in high spirits and enjoyed the beautiful Colorado day as they honored the WWII veterans of the Pacific theater.

The entire event was an overall success and all participants finished the day off strong. Great job Cadets!!! 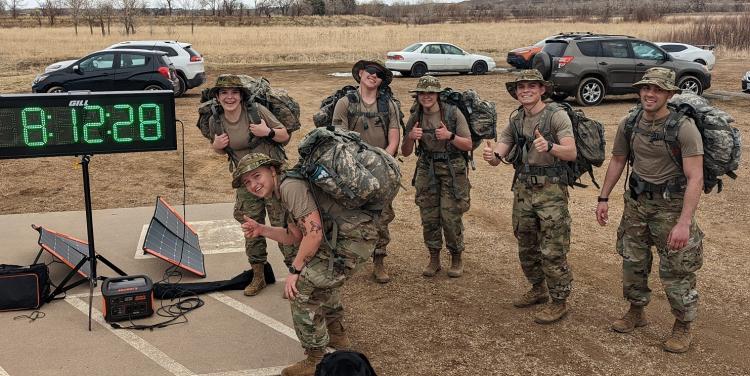