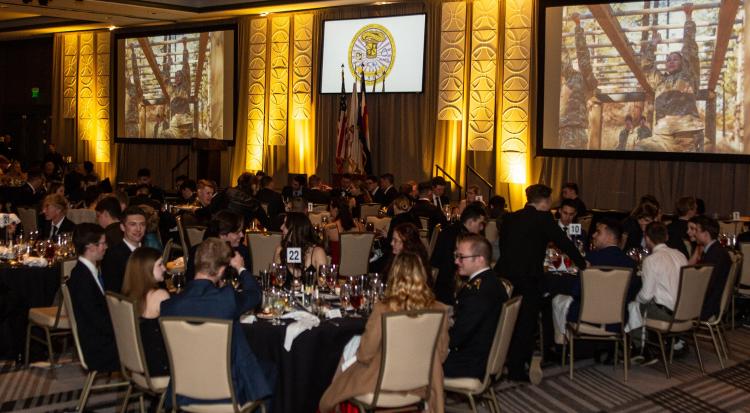 The Army ROTC Department hosted the traditional Military Ball once again this year after Colorado lifted the COVID-19 restrictions on group gatherings. This annual event allows Cadets, Cadre and special guests to come together and celebrate the year’s accomplishments, recognize the individual Cadets that were selected for internal scholarships and awards, and highlight the Cadets that have been notified of the U.S. Army branch that they were selected to go into. 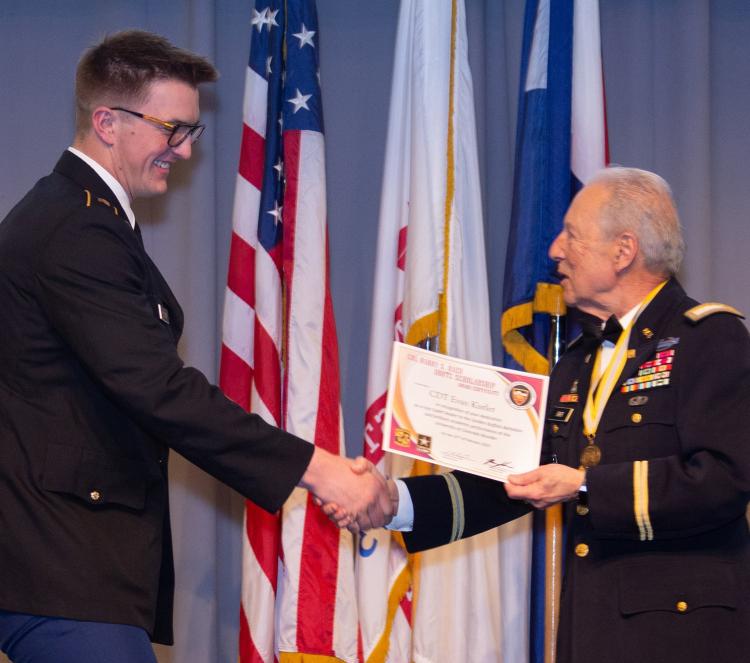 The event was marshalled by the appointed emcee, Cadet Montane Whiteley from the Colorado School of Mines. The evening commenced with the customary posting of the colors by the AROTC Color Guard, followed by the Invocation led by Cadet Blake Bucca, MSU Denver. The long-established job of making the “grog bowl” began with six designated Cadets describing the meaning behind each ingredient as they added it to the bowl. Once all ingredients were mixed in the bowl, the head of the department, Lieutenant Colonel Bryce Kawaguchi had the honor of selecting a Cadet to test the grog bowl. Then everyone stood to partake in the master toast. 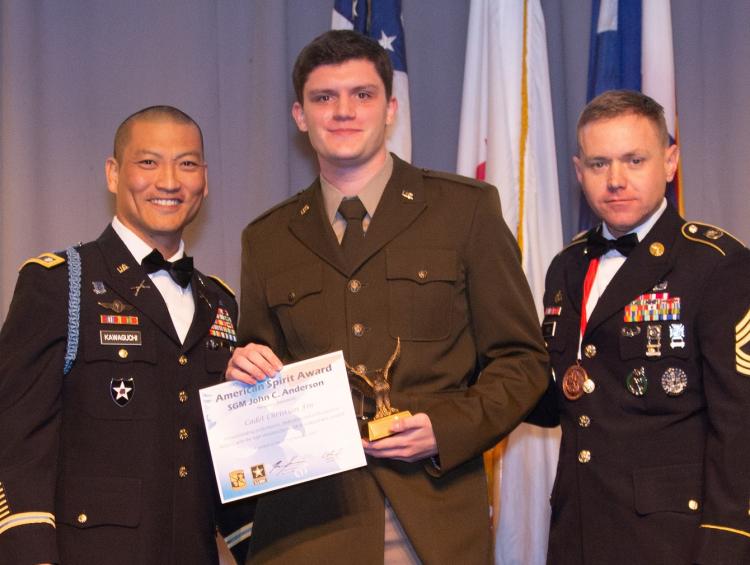 Dinner was served and all attendees enjoyed their meals and talked amongst themselves. The guest speaker for the evening was Colonel (Ret.) Barry S. Baer, a CU-Boulder AROTC Alumnus and major donor and contributor to the department. COL Baer’s speech focused on what he faced while serving in the U.S. Army for over 27 years. He also provided several tips to assist the upcoming Cadets who are about to graduate. 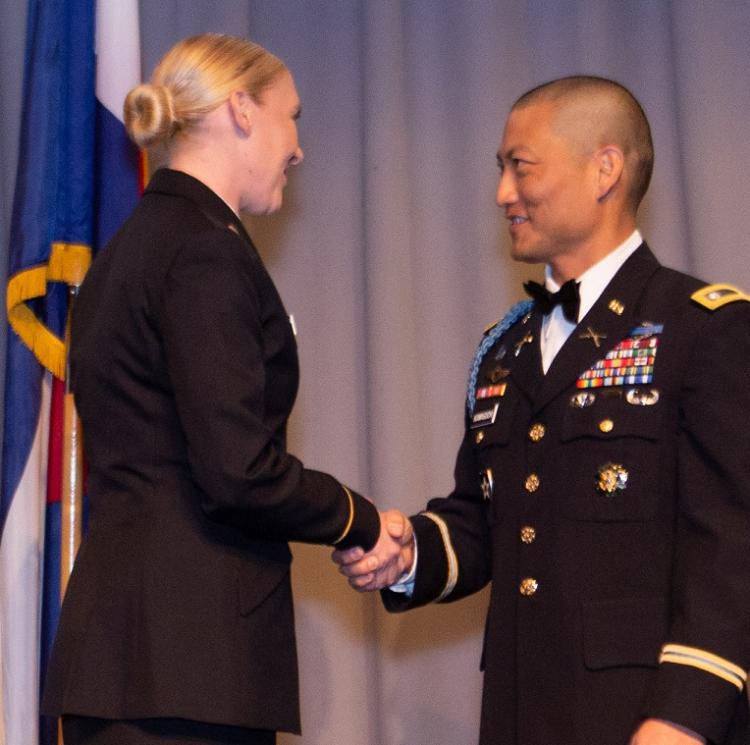 All MSIV Cadets who are slated to graduate this spring received their branch pins during the Branch Pinning Ceremony. Those Cadets that are still needing to go to Cadet Summer Training (CST) will be informed of their branch assignments after the selection process is completed post CST. The evening concluded with the Benediction by Cadet Blake Bucca and the Color Guard’s retiring of the colors.