The traditional Army ROTC Department Commissioning Ceremony happened again for another three Cadets for the 2021 fall semester. The in-person ceremony took place in the CASE building on the CU-Boulder campus on Friday, December 17th starting at 11:00 a.m. For those friends and family members that were unable to attend in person, a Zoom Meeting was set-up to view remotely.

Captain Chris Head, the AROTC A-Company Senior Assistant Professor of Military Science (SrAPMS), was the officer in charge of the entire event. The student organizers and emcees for the days event were Cadet Ethan Martin (MSIII) and Cadet Brendon Himes (MSII).

The ceremony began with the playing of the National Anthem followed by the Pledge of Allegiance conducted by CDT Himes. CPT Head gave a heartwarming Invocation. And the opening remarks were addressed by Lieutenant Colonel Bryce Kawaguchi. His words of positive teamwork and leadership were an inspiration to all in attendance. 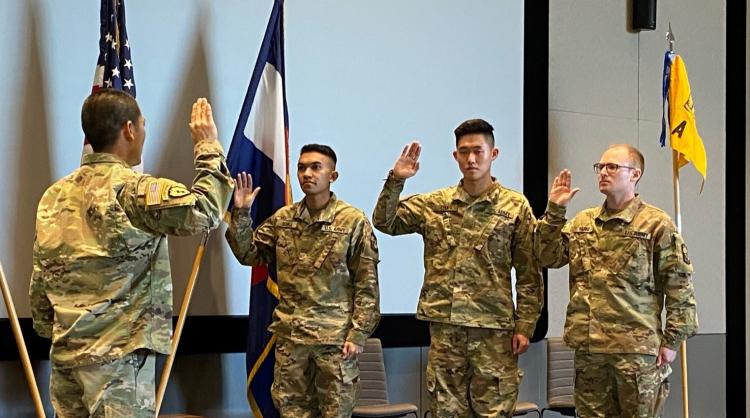 The Cadets were then officially sworn in as Second Lieutenants with the Oath of Office being administered by LTC Kawaguchi. Friends and family assisted the 2LTs by pinning on their rank to their uniform. And the traditional first “Silver Dollar Salute” was given by MSG Evan Reed.

Congratulations to our new Second Lieutenants. May your new experiences with the U.S. Army be as rich and fulfilling as they were here at CU-Boulder. 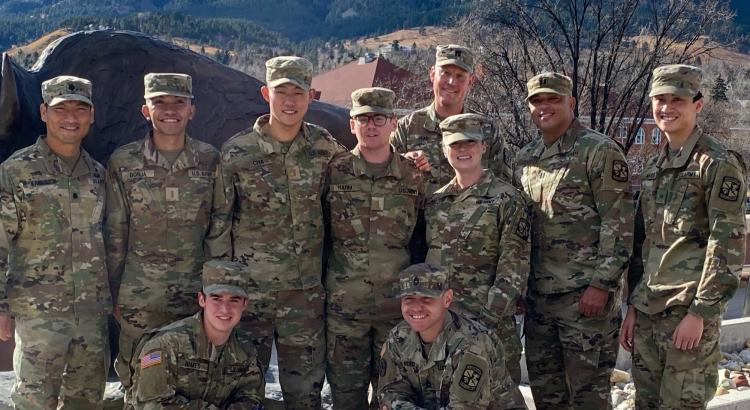