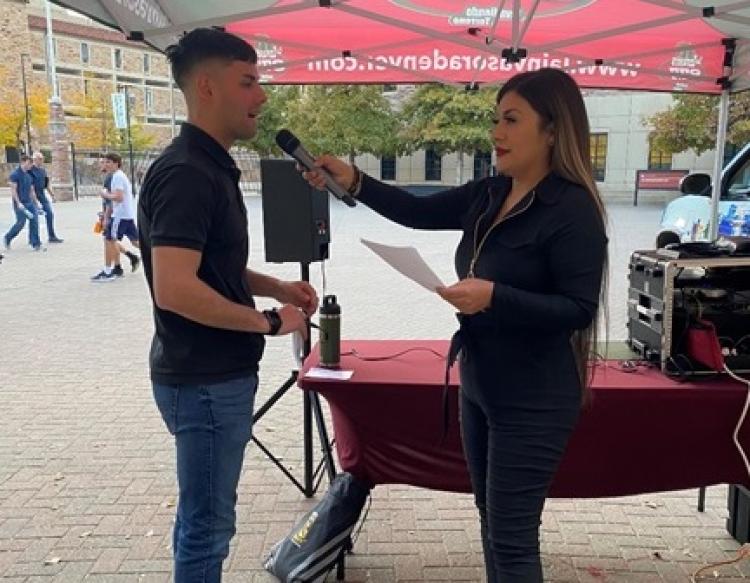 The University of Colorado Boulder’s Army ROTC Department was asked to be interviewed by a regional Spanish-speaking radio format station called La Invasora. The interview took place on Friday, October 22 outside Gate 2, just below the AROTC offices, at Folsom Stadium.

Cadet Jonathan Cardona-Santos was hand selected for the interview due to his Hispanic/Latino background, language fluency and friendly/easy-going personality. 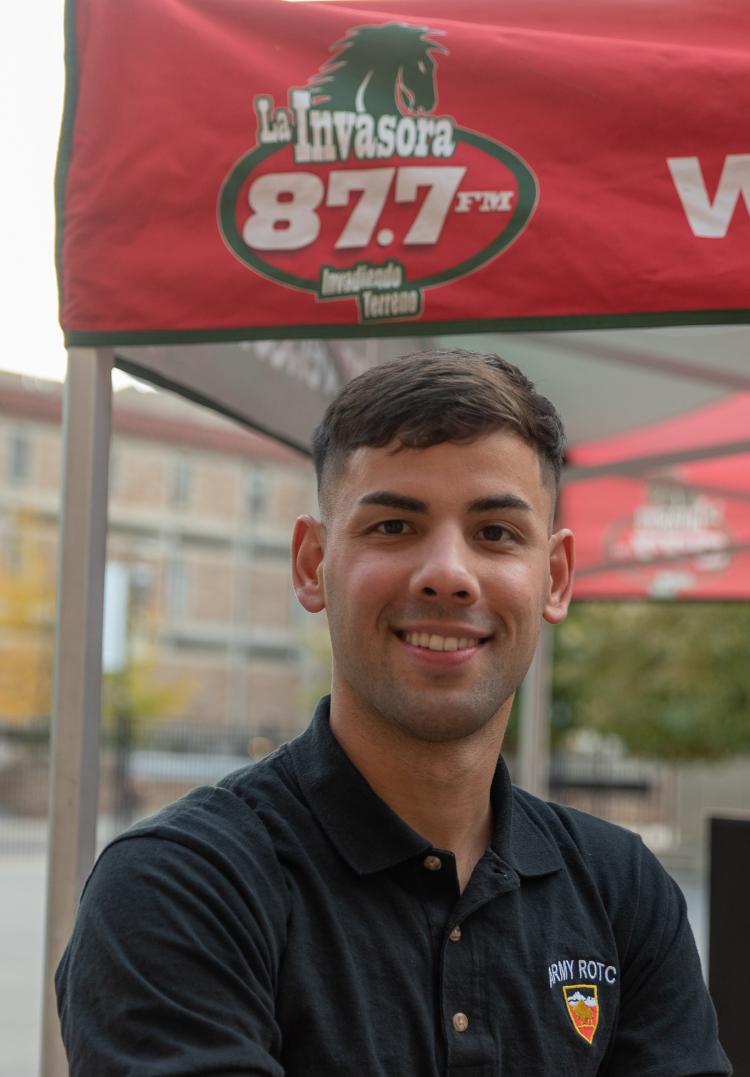 CDT Cardona-Santos, a member of our Charlie Company, did a wonderful job representing the Golden Buffalo Battalion. He is a sophomore attending the University of Colorado Denver and is studying dentistry. CDT Cardona-Santos received a pre-interview public affairs officer (PAO) training from MAJ Jenn Staton, a qualified Army PAO.

The interview was aired live over a 2-hour period. The time block for airing, 5-7 pm, was ideal for reaching commuting listeners. La Invasora’s listener demographics include:
•    Reaches over 38,000 listeners per week
•    75% of La Invasora listeners are commuters
•    50% of listeners are bilingual (Spanish-English)
•    Age range of primary listeners is 25-54 years old with secondary listeners coming in at 18-49 years old

Special thanks to La Invasora for the opportunity to be interviewed on their radio station.