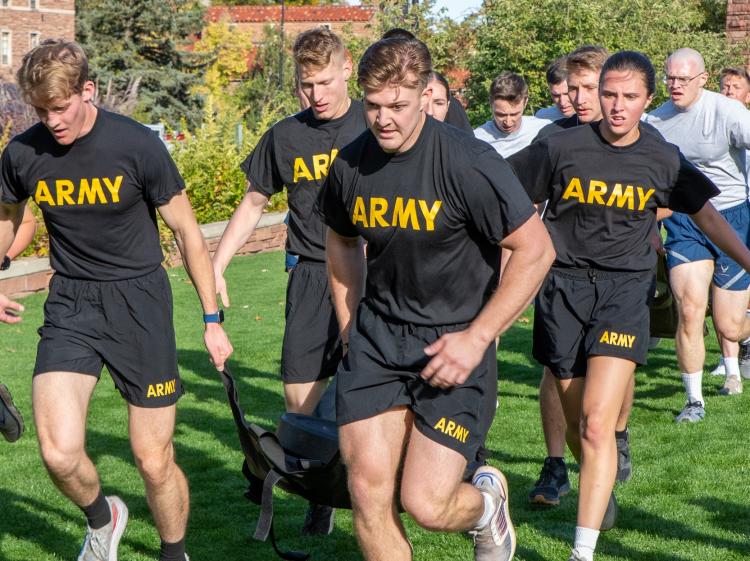 Army Cadets work together to run the litter carry around the field. Photo courtesy of AROTC Cadet Arianna Decker.

With the cancellation of this event in 2020 due to COVID-19, the Cadets and Midshipmen were ready to get back at it and bring “there all” to this competition. For this year’s event, we could not have asked for better weather – sunny with about a high of 77 degrees. The layout and activities of the competition were modified for this year. Instead of individual events taking place around the field, the competition was set-up in several circuit/stages where all competitors had to finish one activity before they could start the next. Following the circuit events came the pugil matches and tug-of-war. 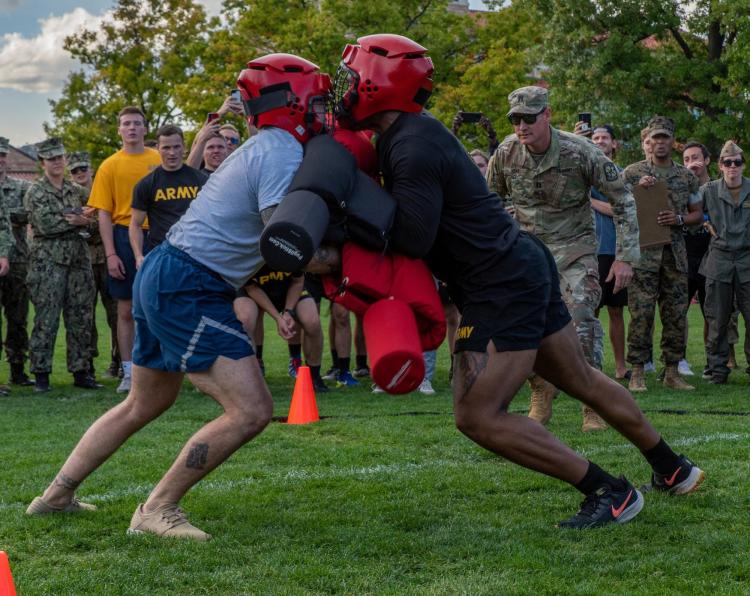 The competition started off with a 2-mile run, followed by 100 pull-ups, 100 sit-ups and then a 4-person litter carry once around the field. The annual event began at 3:30pm with all ROTC units entering at least two teams of 10 individuals each. Air Force lead in the running event with 3 of their 4 Cadets finishing 1st-3rd. The Navy/Marines showed excellent strength in the pull-ups and push-ups stages. But the Army team’s overall dominance in the litter carry and pugil matches helped to clinch their final ranking. 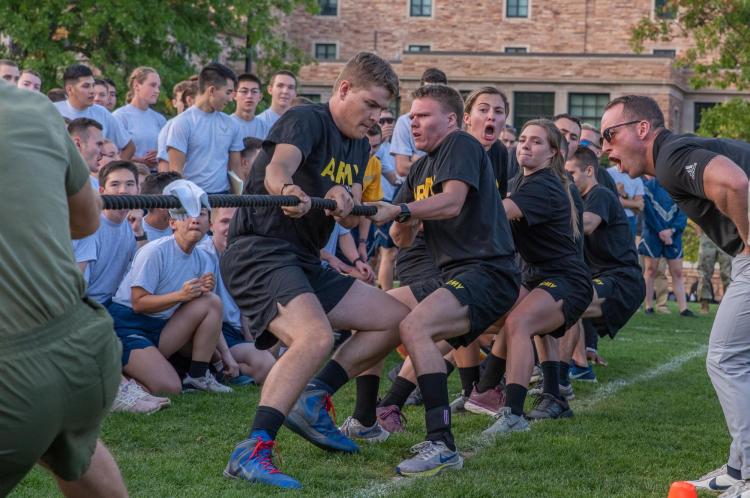 For the seventh consecutive year the Golden Buffalo Battalion’s name will display on the front of the trophy, but this year it will appear behind Air Force ROTC. Both Army and Air Force tied for first place. Third place went to Navy and Marine Corps ROTC.

Congratulations to all competitors that came out and gave it their all.

And a special thanks to USAA for sponsoring our event again this year. We appreciate your support. 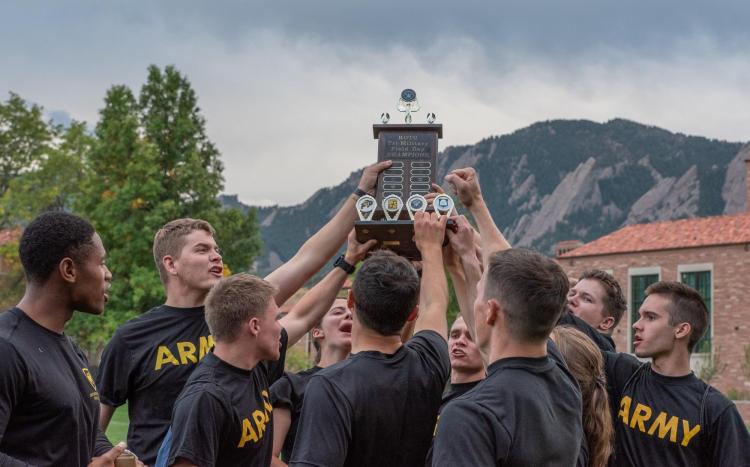