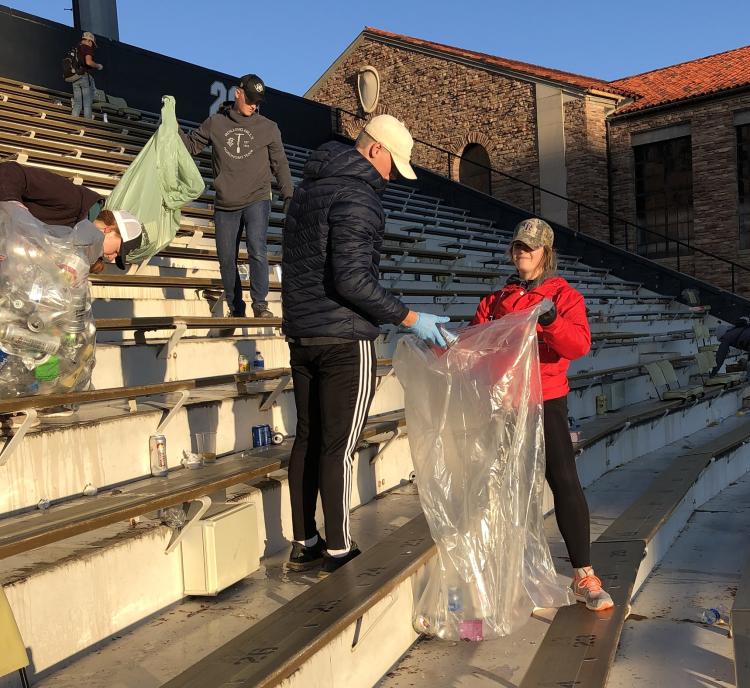 Army ROTC Cadets picking up the recycling, compost and waste left in the stands after their second home football game clean-up of the 2021 season.

Cadets came out in force for the last stadium clean-up for this year. Meeting bright and early on a cool October Sunday morning.

The Army ROTC unit was originally slated to clean-up at a later game, but due to scheduling conflicts, they were asked to switch dates with the Naval ROTC unit. The clean-up captured about the same amount of recycling, compost and refuse as the previous clean-up, but this time the items were more evenly smattered around the entire stadium. This could be due to the windy conditions two weeks ago that caused the materials to bunch up in areas.

This semester has already been a busy one for our AROTC Cadets. So, we are happy that our commitment to the CU Athletics department for the 2021 football season has been fulfilled. The funds received from this hard work is ear-marked for numerous program enrichment activities and Cadet related events.

Again, the Army ROTC Golden Buffalo Battalion would like to thank the CU Athletics department for providing this “fundraising” opportunity. 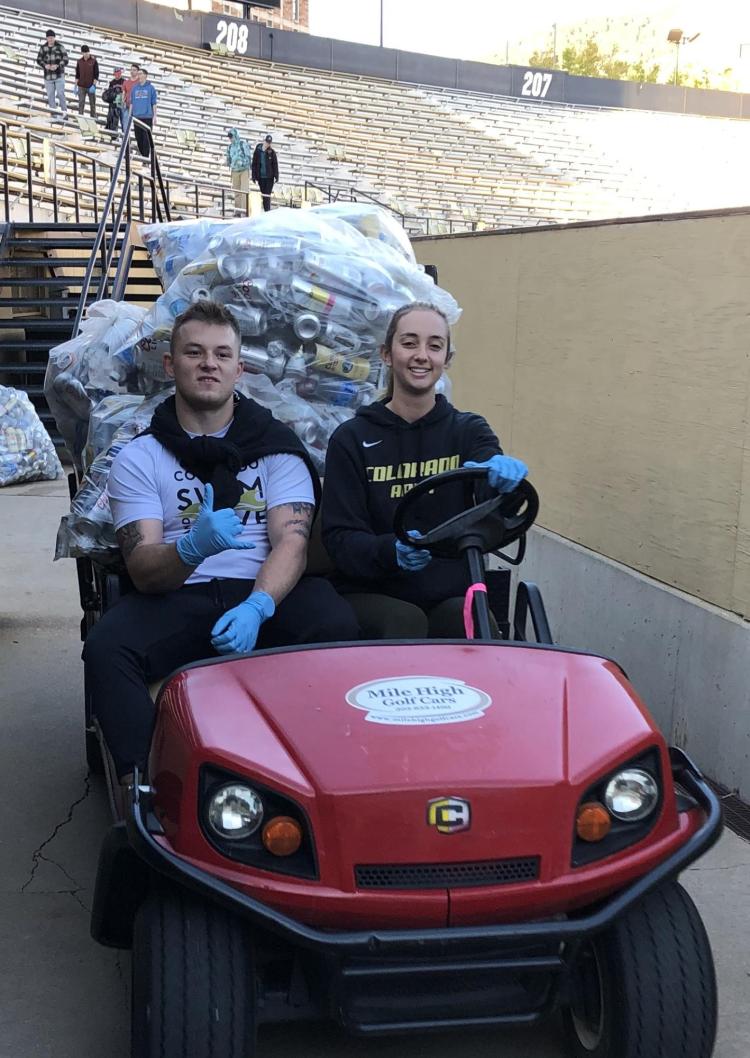 AROTC Cadets use a golf cart to pick up the full bags of recycling and take them to a central location.