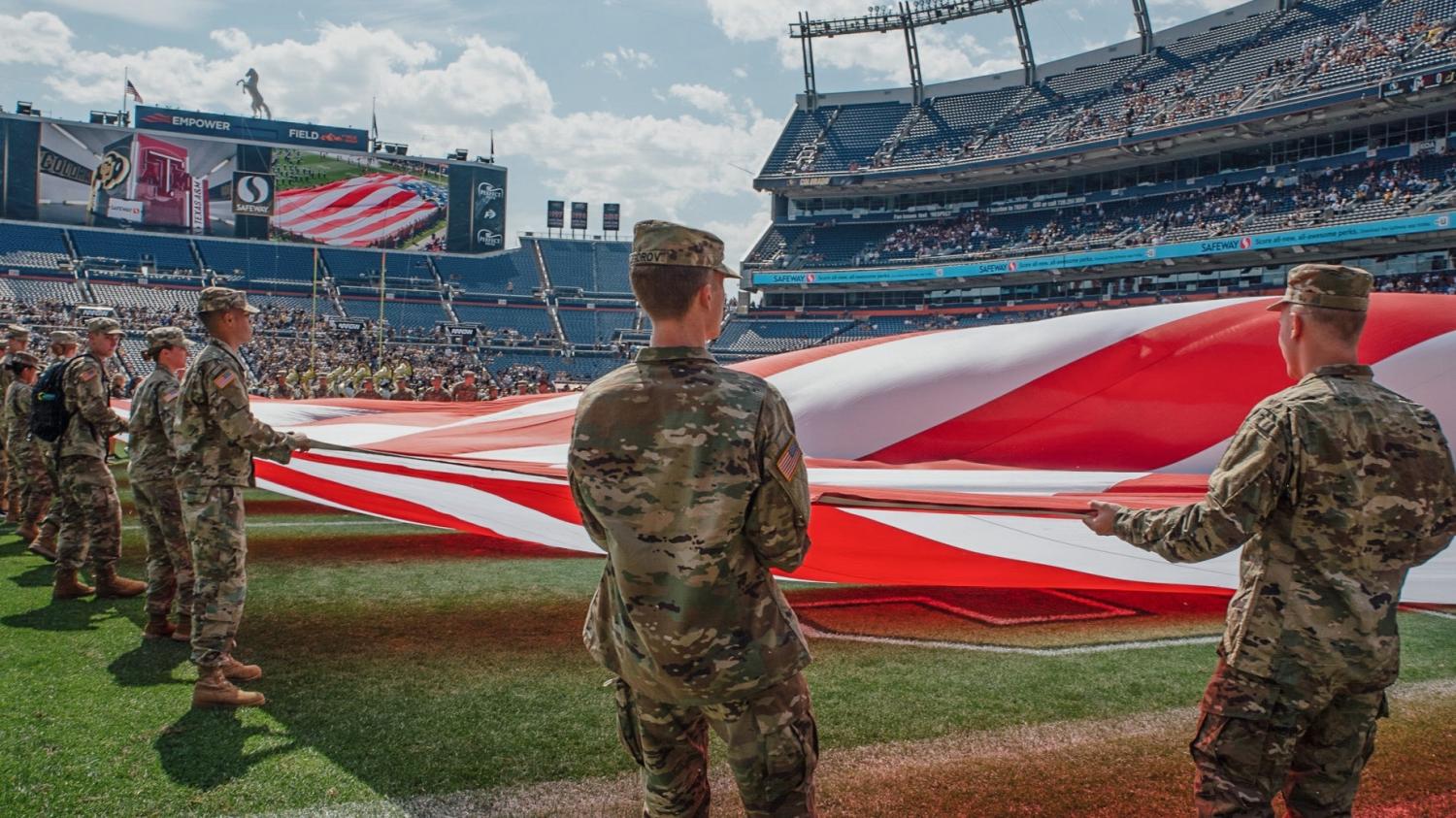 AROTC Cadets holding a large U.S. Flag on the field at Mile High for the 9/11 remembrance event. Photo courtesy of Cadet Decker.

The University of Colorado Boulder football team played their typical Labor Day football game at Empower Field at Mile High Stadium on Saturday, September 11, 2021 at 1:30 p.m. But this year instead of planning their traditional rivals, the Rams of Colorado State University, they were slated to play the Aggies of Texas A&M.

The game happened to be scheduled on the historical 20th anniversary of 9/11 – so a tribute was planned for the pre-game show to remember the victims and first responders of that fateful day. Our Army ROTC Cadets were asked to participate in holding a large U.S. flag across the field during the opening ceremonies. About 20 AROTC Cadets were able to attend the event. 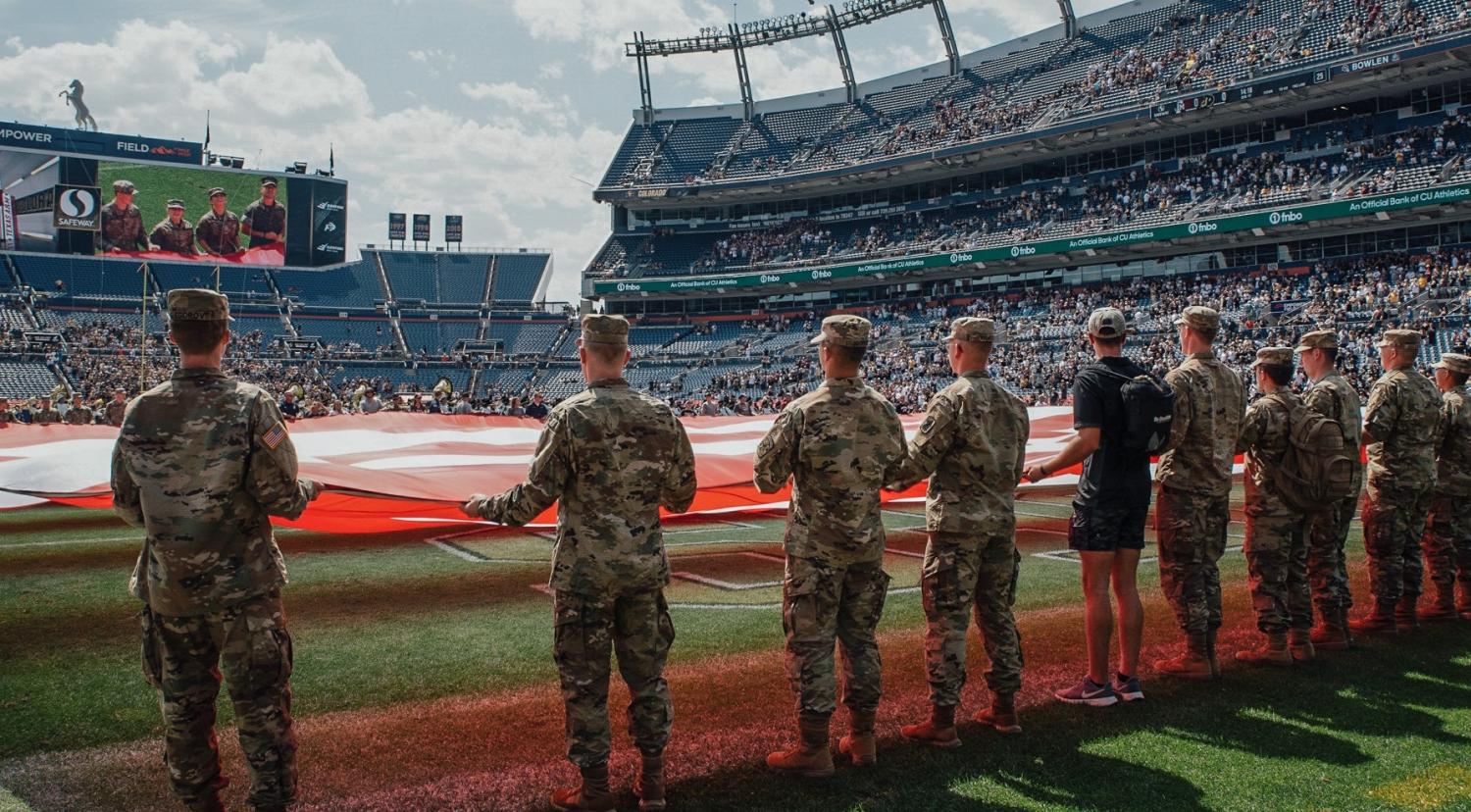