In-person commissioning event at Wings Over the Rockies in Denver and presented via zoom for those unable to attend – May 7, 2021:

The University of Colorado Boulder Army ROTC Department Commissioned another fourteen Cadets on Friday, May 7th during the end of the 2021 spring semester. The ceremony was held in-person at the Wings Over the Rockies Air & Space Museum located at the former Lowry Air Force Base in Denver. The ceremony was also presented via a Zoom Meeting for those friends and family members that were unable to attend in-person. The museum event space under COVID-19 guidelines allowed for 175 attendees to participate in the ceremony. The emcee for the days event was Captain Tavon Cooper. The ceremony began with the playing of the National Anthem followed by opening remarks given by Lieutenant Colonel Mark Van Gelder. The special guest speaker for the event was Brigadier General Scott M. Sherman. Sherman’s speech tapped into various responsibilities these newly Second Lieutenant’s will be facing at their first assignment. He shared many of his past experiences and ended with some poignant words of wisdom.

The Cadets were then officially sworn in as Second Lieutenants with the Oath of Office being administered. Friends and family assisted the 2LTs by pinning on their rank to their uniform. And the traditional first “Silver Dollar Salute” was given by MSG Evan Reed or SFC Nathan Cohen. 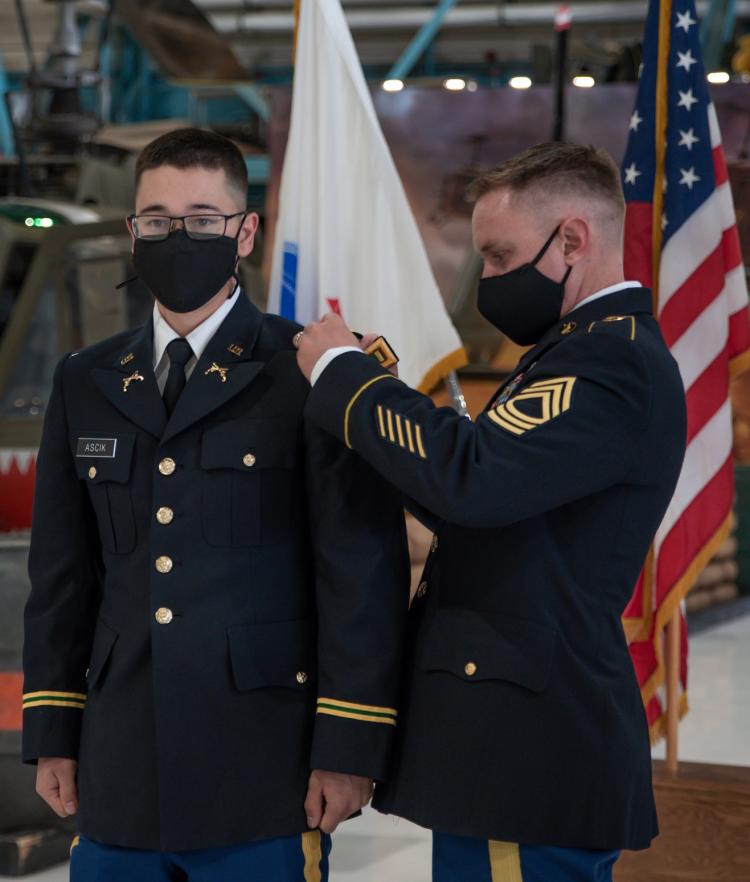 The sixteen Cadets that are now officially Second Lieutenant’s in the United States Army, are as follows (alphabetical order): 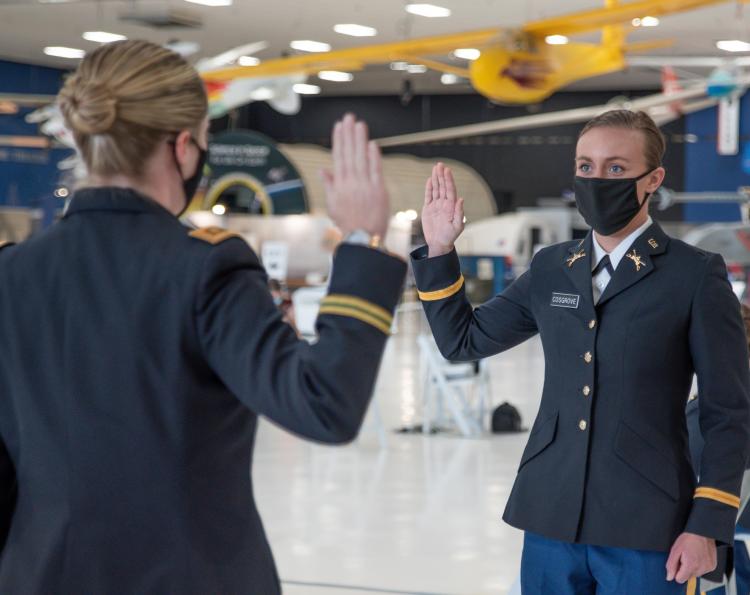 Major Jennifer Staton [left] does the honor of swearing in the Oath of Office to Cadet Emily Cosgrove. Photo courtesy of Cadet Arianna Decker.

Congratulations to our new Second Lieutenants. May your new experiences with the U.S. Army be as rich and fulfilling as they were here at CU-Boulder. 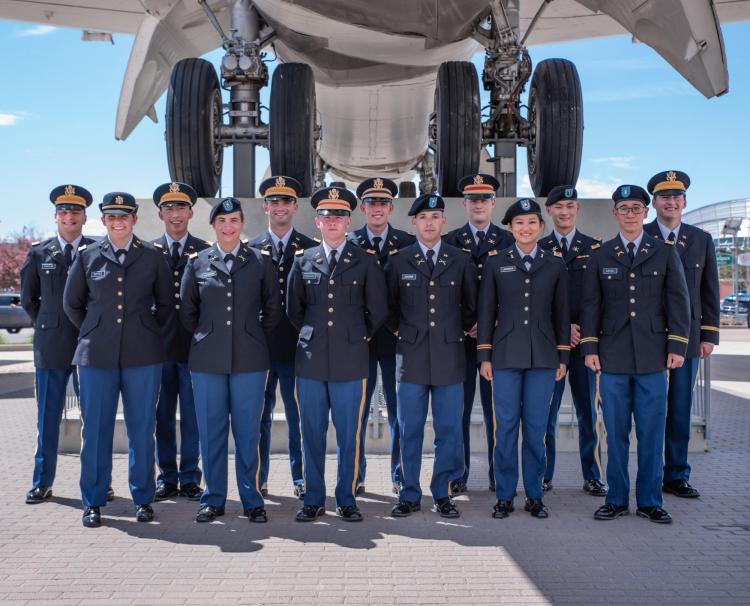