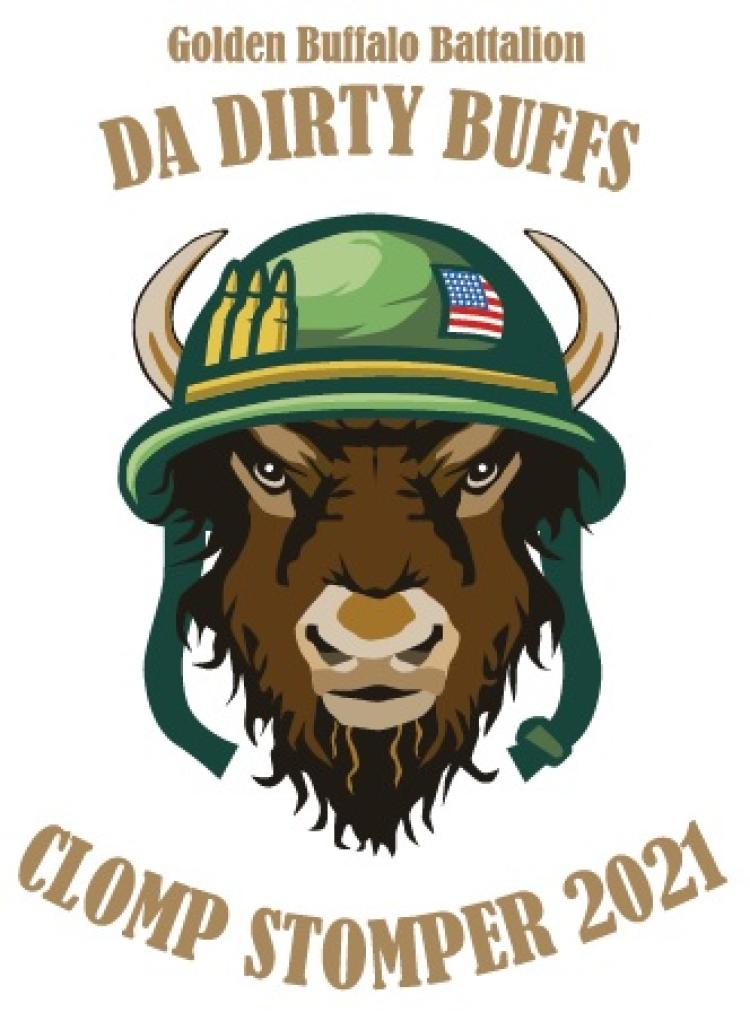 The Bataan Death March that is held annually at White Sands Missile Range, New Mexico was once again cancelled for an in-person event due to COVID-19. But the event organizers created a “virtual” Bataan where participants could ruck the 26.2 miles on a local course. 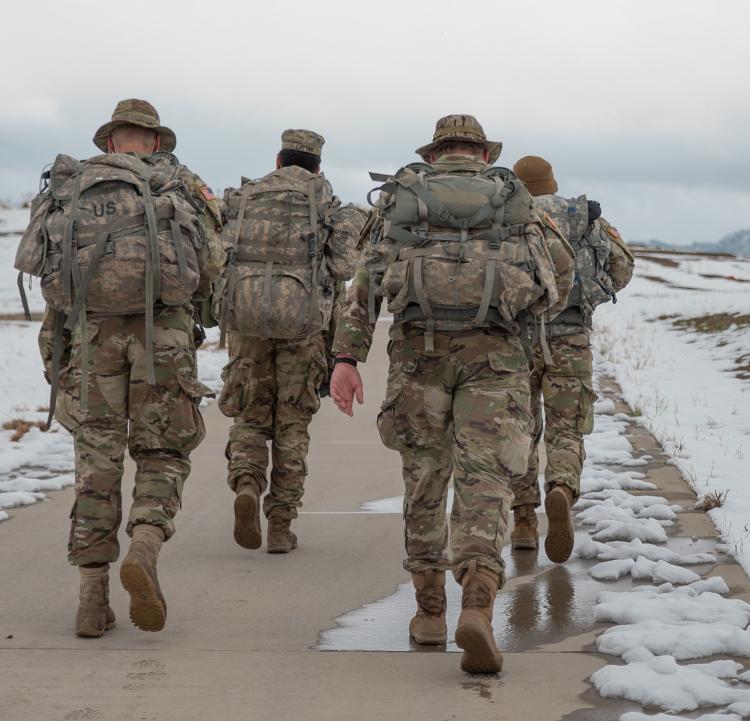 Cadets and Midshipmen from all three CU ROTC (Air Force, Army, and Marines/Navy) units participated in the local event hosted by the Army ROTC Golden Buffalo Battalion. The local event started in the open space area of CU South Campus and wound through the trails of the Town of Superior and onto the east side of US 36 via the paved paths paralleling the highway. The day started out cold and cloudy, but eventually the sun did come out to greet the competitors.

Cadets and Midshipmen prepared for this event over the course of several months. All teams chose to carry their full heavy ruck sacks for the event. Participants used a fitness/GPS tracker to log their miles so their time could be counted towards the overall Bataan Virtual Event. Check-in and water stations were set-up along the course which were attended by student volunteers from each of the ROTC units. 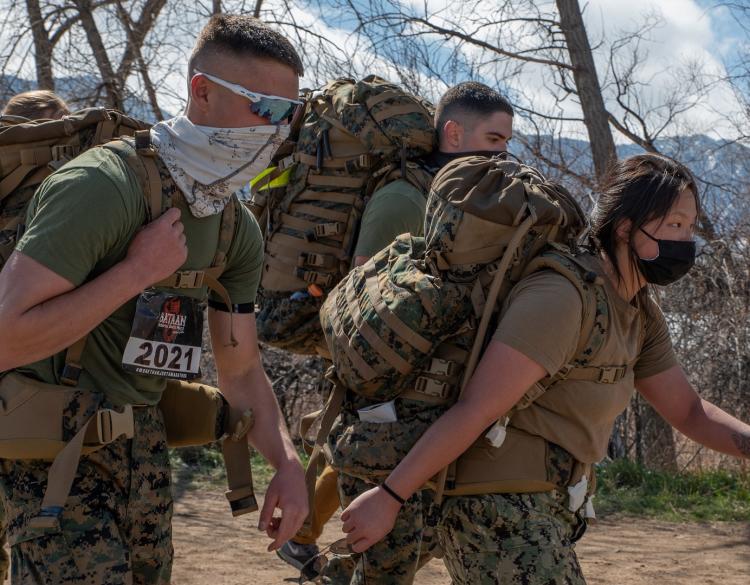 The entire event was an overall success and all participants finished the day off strong. Great job Cadets and Midshipmen!!!