Ranger Buddy is held annually at the University of Kansas – April 10, 2021

Cadets train for months to be ready for the physical and mental challenges of participating in the Ranger Buddy Competition. The annual competition is held each spring in Lawrence, Kansas at the Rim Rock Farm facility on the University of Kansas (KU) campus.

Two-person teams from various Army ROTC units across the country gather to compete in this day-long event. Teams can be either all male, all female or co-ed. The teams are put to the test through a series of challenging obstacles, team movements and tasks. These challenges require strong physical skills and a mental mind-set to work through each objective. 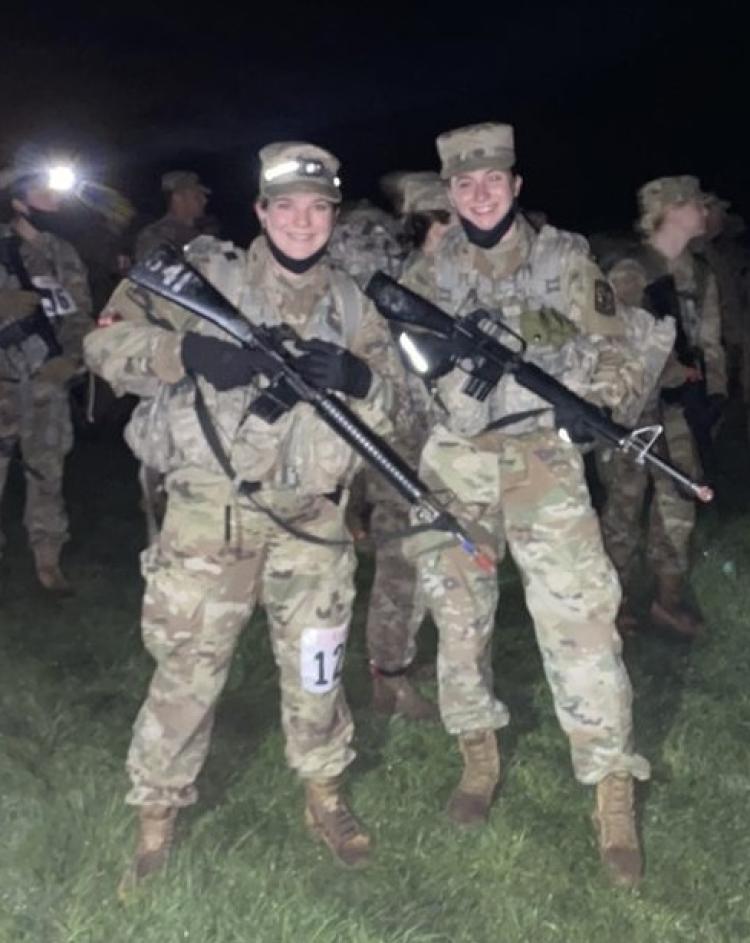 Cadet Brooke Hawkins and Cadet Helen Boyles at the start of the competition. Photo courtesy of Cadet Hawkins.

The competition began with a 15K buddy ruck run with only the top 50% of the teams qualifying to proceed to the next challenge. Two of our teams (CDT Cattan/Dobrotka and CDT Boyles/Hawkins) made it to the second round. 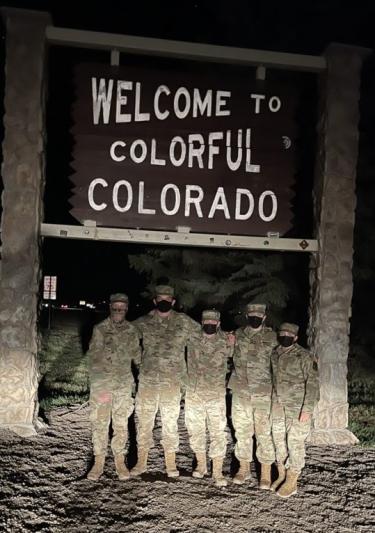 Cadets stopping for a rest and photo op on their way back into Colorado from the event. Photo courtesy of SFC Kevin Marquardt.

In the second round, teams conquered fifteen/timed Expert Infantryman Badge (EIB) lanes. The fifteen lanes are broken down into three categories, including medical, weapons and patrol lanes. Some of the tasks within the 3 categories consisted of first aid/medical treatment; weapon assembly/disassembly and basic skill tasks; military reporting formats/range card writing and identifying map topography; with a final 5K buddy run. A team is disqualified if they receive a total of four “No Go’s” across all EIB lanes.

Our top team, CDT Cattan/Dobrotka, successfully completed all of the EIB tasks, but they were unable to finish the 5K run because they ran out of time.

Although our teams did not come away with an actual placement number, they represented the Golden Buffalo Battalion with honor and courage.