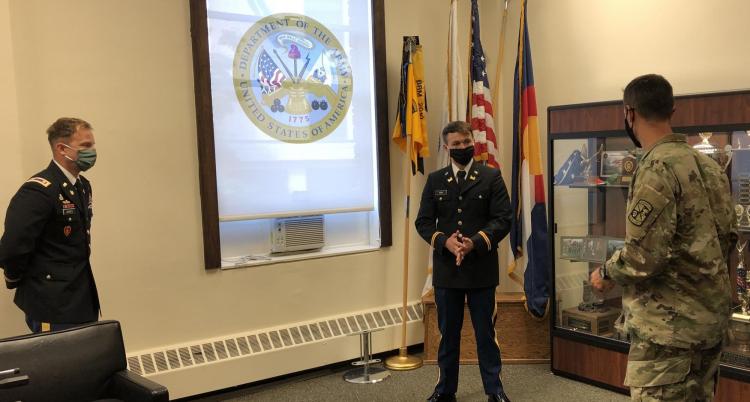 The University of Colorado Boulder Army ROTC Department Commissioned another Cadet on Tuesday, August 25th during the end of summer 2020 ceremony. The ceremony was held in the Army ROTC Cadet Lounge while keeping to the CU COVID-19 distancing protocols.

Lieutenant Colonel Mark Van Gelder and Major Joshua James started off with some kind words regarding CDT Goin and his hard work and dedication here at CU’s Army ROTC.

CDT Goin was sworn in with the Oath of Office by MAJ James to become a Second Lieutenant in the United States Army. 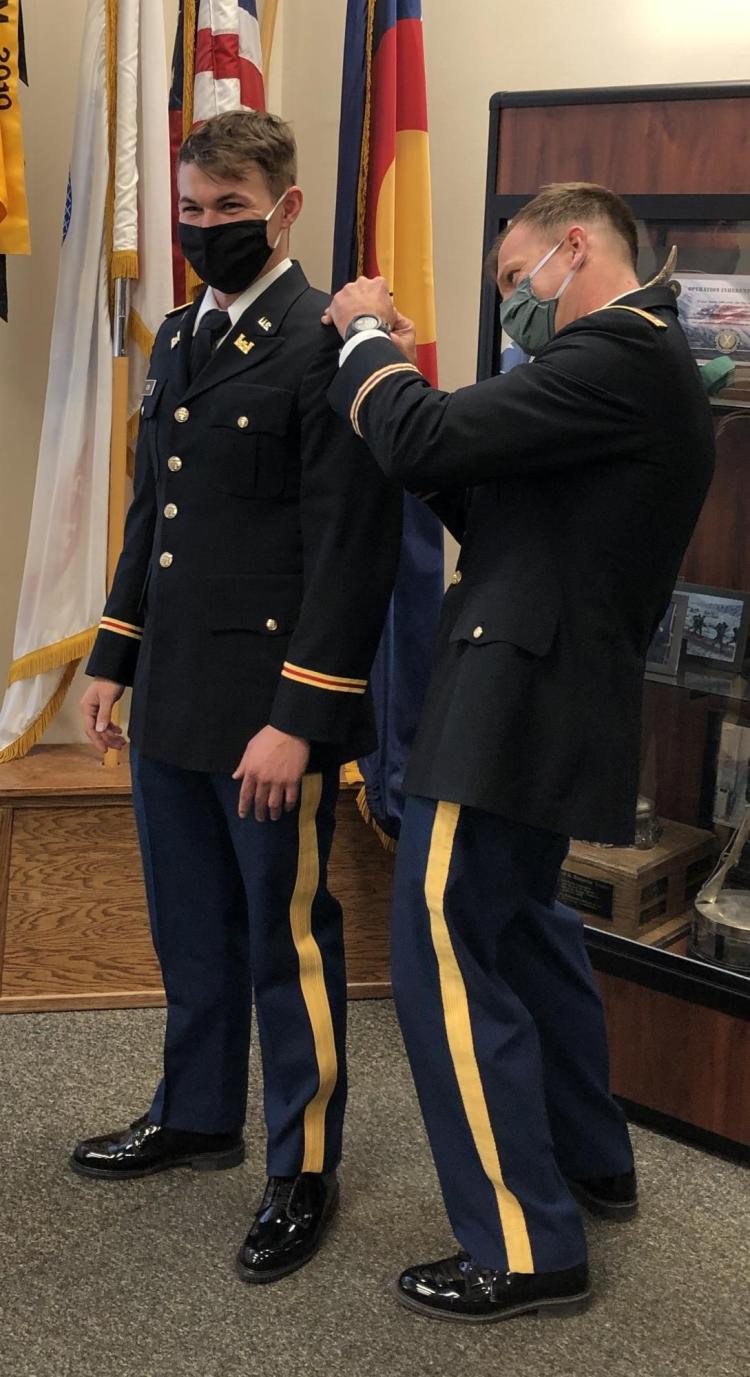 2LT Maxwell Goin is from Naples, Florida, majored in Communications and commissioned into the Corps of Engineers.

Congratulations to our new Second Lieutenant. May your new experiences with the U.S. Army be as rich and fulfilling as they were here at CU-Boulder.