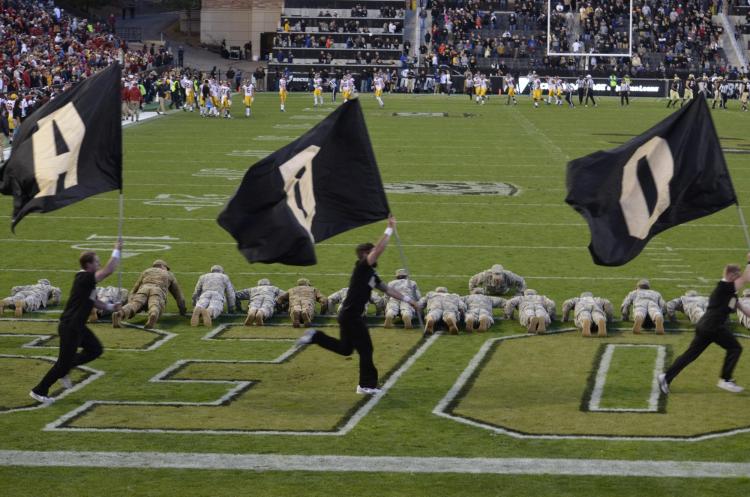 In the Golden Buffalo Battalion, ROTC Cadets have seen that camaraderie and teamwork develop in times of adversity, through the training and performance of the Bataan Memorial Death March.  Cadets have also seen how that camaraderie endures, witnessing the ROTC alumni reunion during the Veteran’s Day Military Appreciation Football Game on 11 November, 2017.

In March 2017, Cadets from the Golden Buffalo Battalion participated in the Bataan Memorial Death March. The race honors the heroic soldiers that defended the Philippine Islands during World War II in which they sacrificed their health, their freedom, and in many cases, their lives. The Memorial Death March takes place in the desert terrain of New Mexico’s White Sands Missile Range. Cadets raced 26.2 miles through sand, up mountains, in 95 degree heat, and carrying rucks weighing a minimum of 35 pounds. Because the Memorial Death March is extremely challenging, the Golden Buffalo Battalion began training in January. Workouts such as running, sprints, swimming, weight lifting, and long rucks between 10 miles and 20 miles prepared Cadets for the rigorous race. During training cadets started to build a sense of team and strong bonds that would be essential for successful completion of the Memorial Death March. Intensive training allowed Cadets to learn individual and team strengths and weaknesses, how to support each other, and how to grow stronger week after week. Obstacles such as injuries, extreme exhaustion, and sickness were not uncommon and made the bond between Cadets stronger. Cadets pushed one another to fight on and not to fail. It was in moments like these, Cadets started to realize the true Esprit de Corps the service members of World War II must have felt.

The camaraderie and unbreakable bond Cadets experienced were evident during the reunion of CU ROTC alumni during the CU vs. USC halftime on November 11, 2017. Hugs were given and tears shed as ROTC alumni reunited after decades apart. The alumni shared memories, stories, and laughter and reminisced about the ROTC program.  It was clear that the training Cadets were doing in the ROTC program would impact them for the rest of their lives. The bonds and friendships made in ROTC, in training, and completion of the Memorial Death March are bonds that never die. 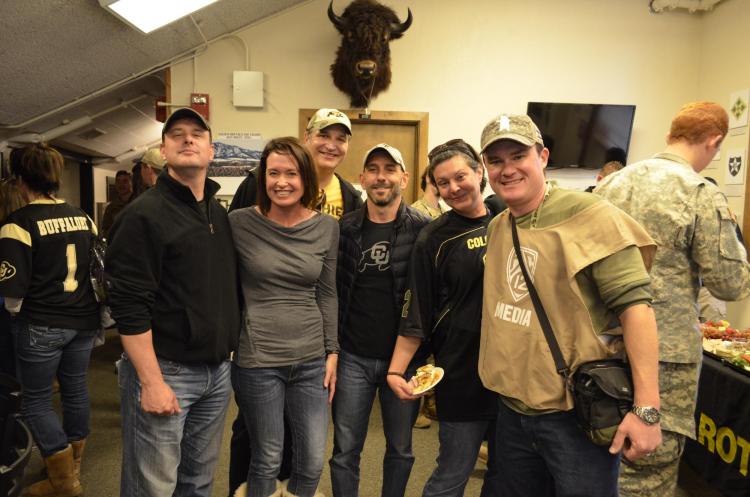 During the CU v. USC game, Cadets from the Golden Buffalo Battalion were recognized for their efforts and hard work that went into training and completion of the Memorial Death March.  Cadets were acknowledged and received handshakes, claps on the back, and wild cheers by the stadium full of fans. The recognition was appreciated because Cadets put their blood, sweat, and tears into the race. However, during the celebration, one could not help but think of all the current and past service members and the sacrifices they have made for our country. They have already sacrificed their freedom, families, relationships, and some, their lives. They have put themselves in harm’s way to protect the greatness and freedom of this country, but many are not recognized or admired in the way they deserve. These men and women don’t make these sacrifices for recognition but to be a part of something bigger than themselves. Service members come away with camaraderie that can only be built through extreme suffering, hardships, and trials that became obvious during the reunion of the ROTC alumni and Cadets who struggled through the training and grueling Bataan Memorial Death March.  by Cadet Christine Russ.