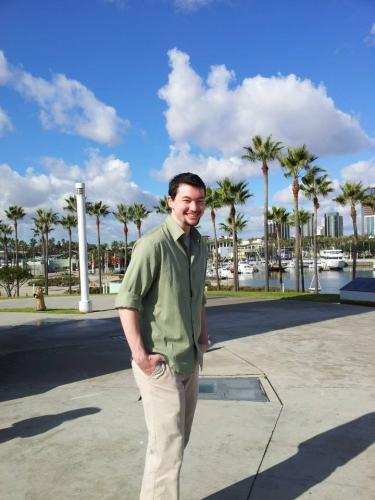 I am broadly interested in computational fluid dynamics which describe systems with magnetic fields. My current research involves trying to determine what makes the Sun's magnetic field so different from the Earth's. The Sun is very periodic with a well-defined cycle of polarity reversals, where the magnetic north pole flips and becomes the magnetic south pole every 11 years. The Earth is relatively chaotic and does pretty much what it wants, when it wants. The last polarity reversal of the Earth was 780,000 years ago and the previous was only 120,000 years before that. To study these extreme systems, I use computational tools running on some of the fastest supercomputers in the world. Typically I run on thousands of cores and use millions of CPU-hours every year. I work closely with my advisor Mike Calkins, who is actually in the Physics department.