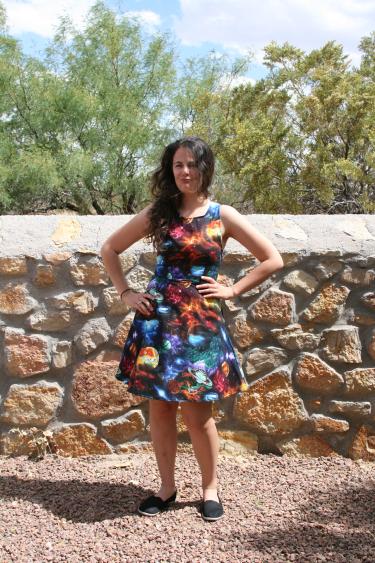 I am the lead graduate student for the Colorado High-resolution Echelle Stellar Spectrograph (CHESS), a rocket-bourne experiment designed to look at the atomic-to-molecular transition of translucent cloud material in star-forming regions interacting with the winds of hot, O-B stars in the far ultraviolet (FUV: 100 - 160 nm) at very high resolution (R > 100,000). In May 2014, CHESS-1 launched and successfully observes Spica, one of the brightest FUV point sources in the sky. In February 2016, CHESS-2 launches and will observe epsilon Persei, an pre-main sequence star (age ~ 5 Myr) still semi-embedded in the molecular cloud material it formed from. The sight line to epsilon Persei is expected to provide interesting diagnostics about the material in local interstellar medium and the material from which recent star formation took place.

I also study molecular hydrogen (H2) in protoplanetary disks. Instead of studying molecular lines in the near-infrared and longer wavelengths, we have access to hundreds of H2 emission and absorption lines in the FUV with HST-COS and STIS. Following the modeling techniques used to understand the behavior of molecules at longer wavelength, I have created 2D radiative transfer models to understand the behavior of the warm, inner H2 gas disk of protoplanetary disks at various evolutionary stages. I am actively working on identifying and modeling the absorption features of H2 against the strongest stellar atomic lines that excited them, most prominently in HI-Lyman alpha (121.567 nm) to understand whether the inner disk H2 is in a state of equilibrium and if this changes as the disks evolve to a gas-free stage.