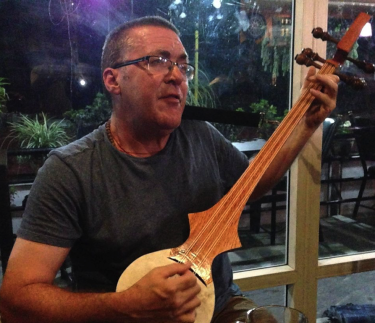 Mason Brown completed his PhD in Ethnomusicology, focusing primarily on Tibetan music and culture in Nepal, with an eye toward overlaps between liturgical music and contemporary popular forms, as well as rural folk traditions. His other research interests include Japanese Buddhist chant, American and Irish vernacular fiddle music, and violin manufacturing in the Industrial Revolution. Mason holds a double B.A. in Religious Studies and Music, with a minor in Tibetan language, from Naropa University. Before embarking on his graduate studies, Mason was a sign painter, carpenter, recording artist and touring musician, as well as a Zen priest. He continues to record and perform original and traditional folk music, and is a resident priest at Hakubai Zen Temple in Boulder.