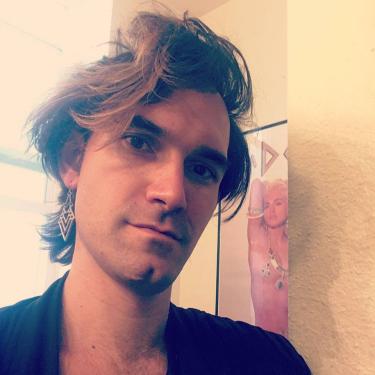 Ben Joffe, who is from South Africa, received his PhD in cultural anthropology specializing in the anthropology of contemporary Tibet, Tibetan diaspora, Buddhism, and esotericism. His doctoral dissertation research is focused on Tibetan Buddhist non-celibate tantric ritual specialists, or ngakpa/ma who live outside of Tibet, and the globalization of Tibetan Buddhism. His work traces how the esoteric knowledge and charisma of these long-haired tantric Buddhist wizards is currently being mediated, circulated, appropriated and contested as part of increasingly transnational networks of exchange, and as part of Tibetans’ efforts to make legible a Tibetan nation in exile and to preserve and reform Tibetan culture as stateless peoples. His fieldwork in India and Nepal has been supported by the Wenner Gren Foundation and Frederick Williamson Grant of Cambridge University. He is interested in the study of religion, magic, witchcraft, esotericism(s), neo-paganism(s), neo-shamanism(s), gender and sexuality, traditional medicine, healing, health and the body, as well as interactions between Indo-Tibetan and Western esoteric traditions. He is the Chief Editor and Translator at Sky Press.