Searching for Grass and Water - Photo Exhibit Launched, Continues until May 27th 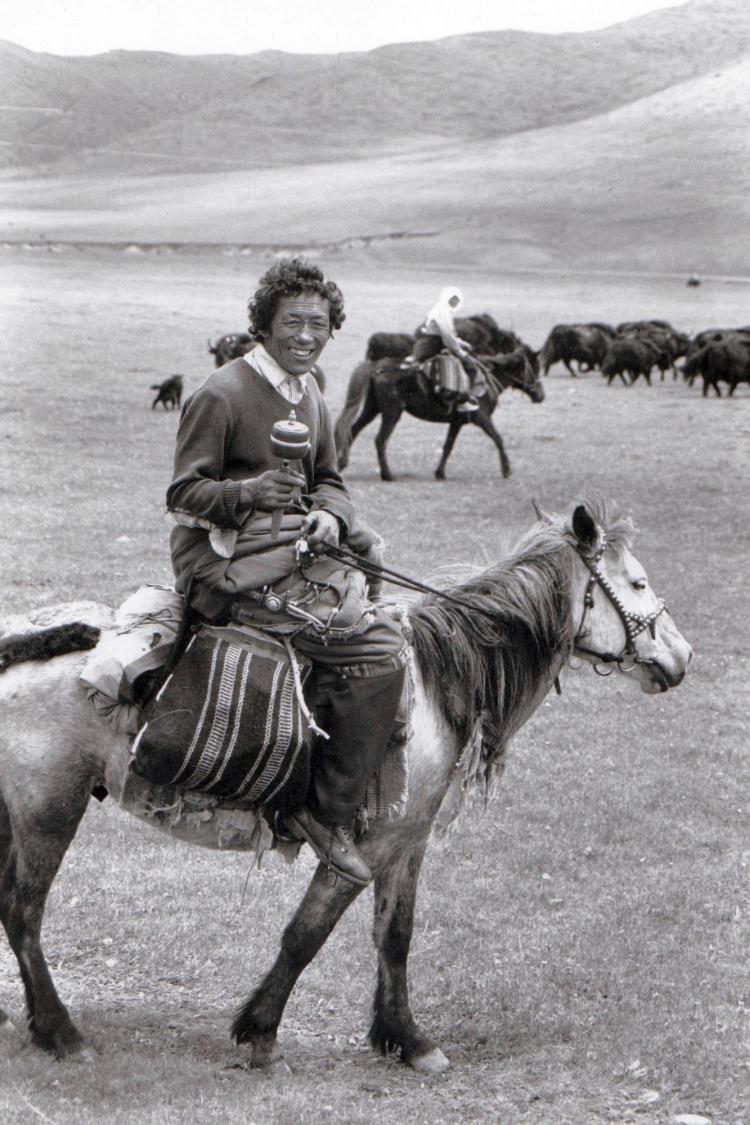 On Wednesday April 13, the Tibet Himalaya Initiative, partnering with the CU Libraries, hosted a lecture by photographer and author Daniel Miller, “The World of Tibetan Nomads, ‘Drokpa.’” Held in the Center for British Studies, the talk was attended by about 80 participants, including many undergraduate and graduate students, faculty and staff, as well as community members from Boulder and Denver with professional or personal ties to and interest in the Himalayas and the Tibetan Plateau.  The talk also served to launch Miller’s photography exhibit “Searching for Grass and Water: Nomads of the Tibetan Plateau and Himalaya,” which will be on display through May 27, 2022 in the Underground West Gallery., 1st Floor, of Norlin Library. The exhibit features Miller’s photographs from Nepal, Bhutan, and Tibetan areas of the PRC taken between 1975 and 2000.

In the lecture, Daniel Miller displayed a number of photographs in the exhibition. This was followed by a broad overview of the physical geography of the Tibetan Plateau, including a number of photos taken by astronauts from space.  From here, he discussed the cultural geography of the Tibetan Plateau from ancient times to the present, with a focus on the material culture of pastoralism.  He also included discussed similarities between ranching cultures of the US West and pastoral culture on the Tibetan Plateau, as well as climate change impacts, and why Tibet matters today.  Following the talk, Sanggay Tashi, graduate student in the Department of Anthropology, briefly talked about his own experiences growing up in a herding community in the Tibetan region of Amdo, followed by a Q&A session.

Daniel Miller served as a Peace Corps Volunteer in Nepal from 1974-78 and earned an MA in range ecology from the University of Montana. His career in development, particularly work on livestock development projects, has spanned projects for the Asian Development Bank in Bhutan, ICIMOD in Nepal, and the World Bank.  He also worked with wildlife biologist George Schaller in the Changtang region of Tibet. He currently lives in Wyoming, and has published numerous articles, book chapters, and photographic books about rangelands and pastoralism in the Himalayas, Tibetan Plateau, and Mongolia.