Kayden Translation Symposium on "Buddhist Women and the Literary in Tibet" on Friday, October 22 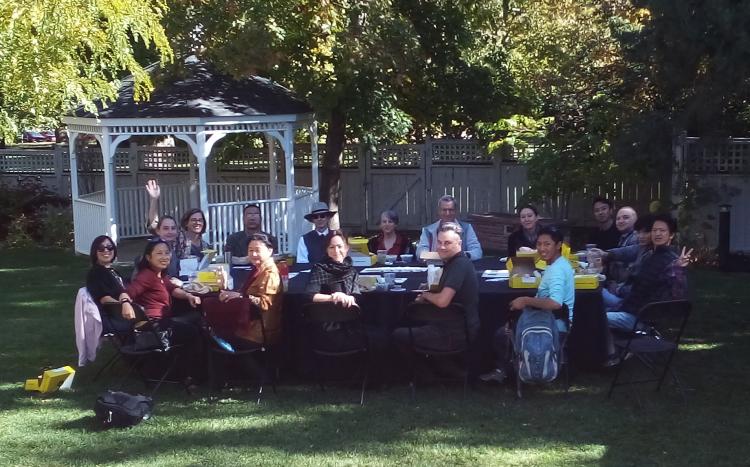 Thanks to all who attended the Kayden Translation Symposium on "Buddhist Women and the Literary in Tibet" on Friday, October 22 at the Koenig Alumni Center.

It was a beautiful autumn day to sit together as Tibetan Studies faculty, visiting scholars, graduate students, and area translators to discuss translations of Tibetan literary works by, about, and for Buddhist women. The day involved two main parts: the symposium, which ran for two and a half hours over lunch, and planning sessions with a smaller group before and afterwards for the next Lotsawa Translation Workshop, to be held at Northwestern University in October 2022. The first Lotsawa Translation Workshop was held at CU Boulder in October 2018.

The symposium featured readings of Tibetan literature by the female visionaries Sera Khandro (1892–1940) and Khandro Tare Lhamo (1938–2002), contemporary nuns Dechen Yangkyi and Kalzang Tsomo, the fiction writer Tashi Drönma, and a letter of Buddhist counsel by Terdak Lingpa  (1646–1714) to his sister after the loss of a child. The afternoon included brief presentations and readings by Sarah Jacoby, Padma ’tsho, Holly Gayley, and Dominique Townsend, followed by a discussion comparing the literary merits and gendered dimensions of select passages in the Tibetan original and English translation. See details below. 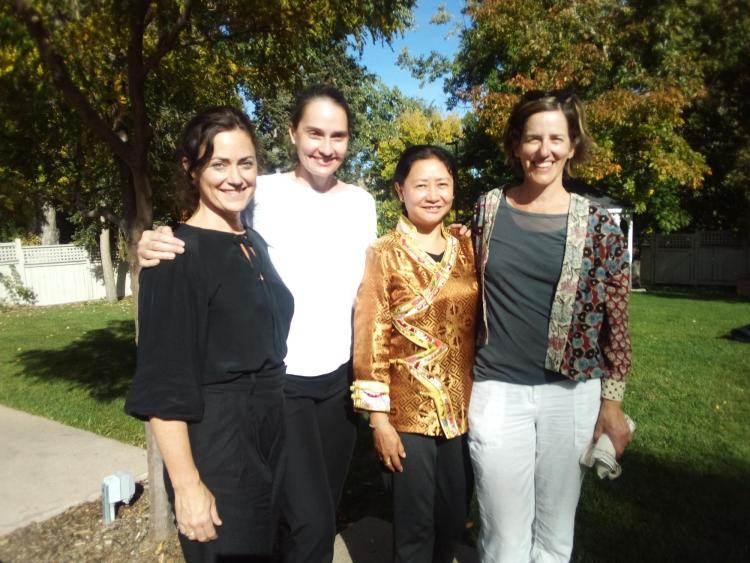 Terdak Lingpa’s Letter to a Mourning Mother - Dominque Townsend, Bard College
Reading the poetic and musical verses Terdak Lingpa wrote for his sister after the death of her beloved son, reflecting on how the Tibetan mgur form allows for the expression of grief and consolation in balance with the determination to uproot attachment.

This symposium is courtesy of the 2021 Kayden Translation Award for Inseparable Across Lifetimes: The Lives and Love Letters of the Visionary Couple Namtrul Rinpoche and Khandro Tāre Lhamo, translated by Holly Gayley. Co-sponsored by the Tibet Himalaya Initiative and with special thanks to the UVA Tibet Center.