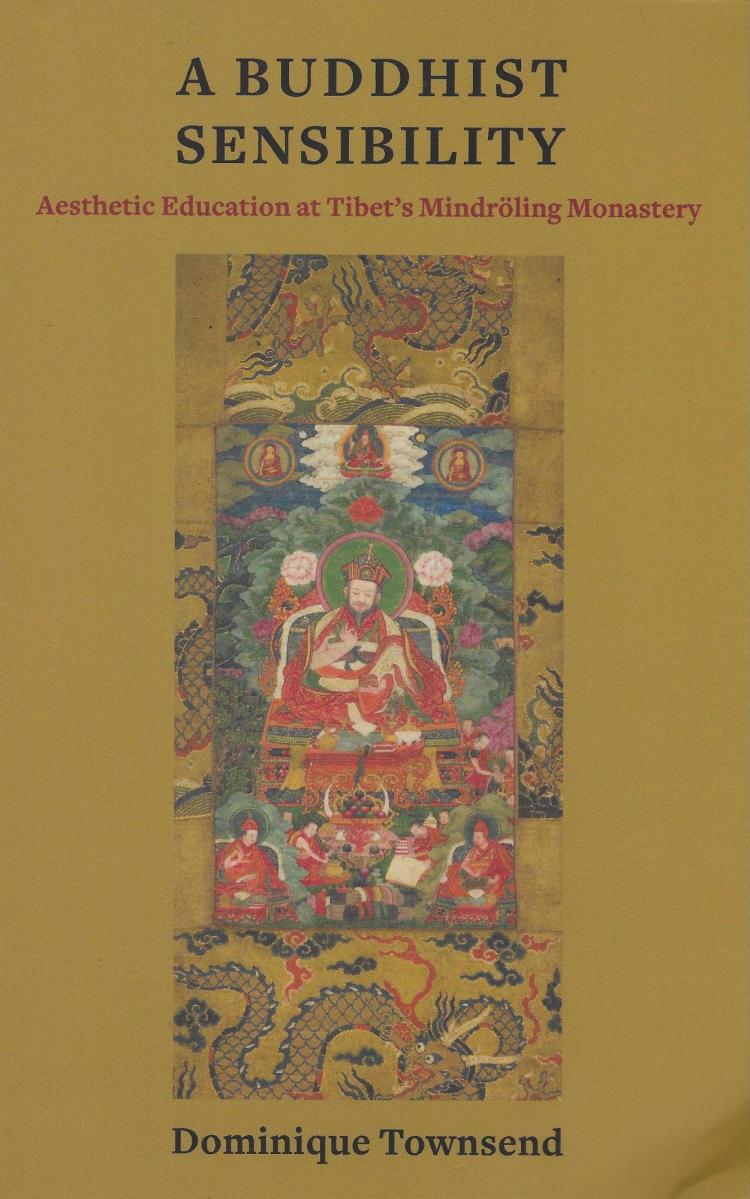 We are delighted to welcome Dominique Townsend (Bard College) for a guest lecture on her new book, A Buddhist Sensibility: Aesthetic Education at Tibet's Mindröling Monastery (Columbia University Press, 2021). Her lecture, "Renouncing Attachment, Embracing Aesthetics: Cultural Production in a Tibetan Buddhist Monastery,” will reflect on the question of how Tibetan Buddhist aesthetics — expressed through music, dance, incense, visual arts, and literature — work in relationship with Buddhist commitments to renunciation.

Founded in 1676 during a cosmopolitan early modern period, Mindröling monastery became a key site for Buddhist education and a Tibetan civilizational center. Its founders sought to systematize and institutionalize a worldview rooted in Buddhist philosophy, engaging with contemporaries from across Tibetan Buddhist schools while crystallizing what it meant to be part of their own Nyingma school.

In A Buddhist Sensibility, Dominique Townsend investigates the ritual, artistic, and cultural practices inculcated at Mindröling to demonstrate how early modern Tibetans integrated Buddhist and worldly activities through training in aesthetics. Combining historical and literary analysis with fieldwork in Tibetan Buddhist communities, this book reveals how monastic institutions work as centers of cultural production beyond the boundaries of what is conventionally deemed Buddhist.

Free and open to the public. MASKS REQUIRED for indoor events at CU Boulder.

Hosted by the Tibet Himalaya Initiative.