Sonam Kinga to give lecture on "Bhutan's Democratic Transition" on Wednesday, March 20th at 5pm 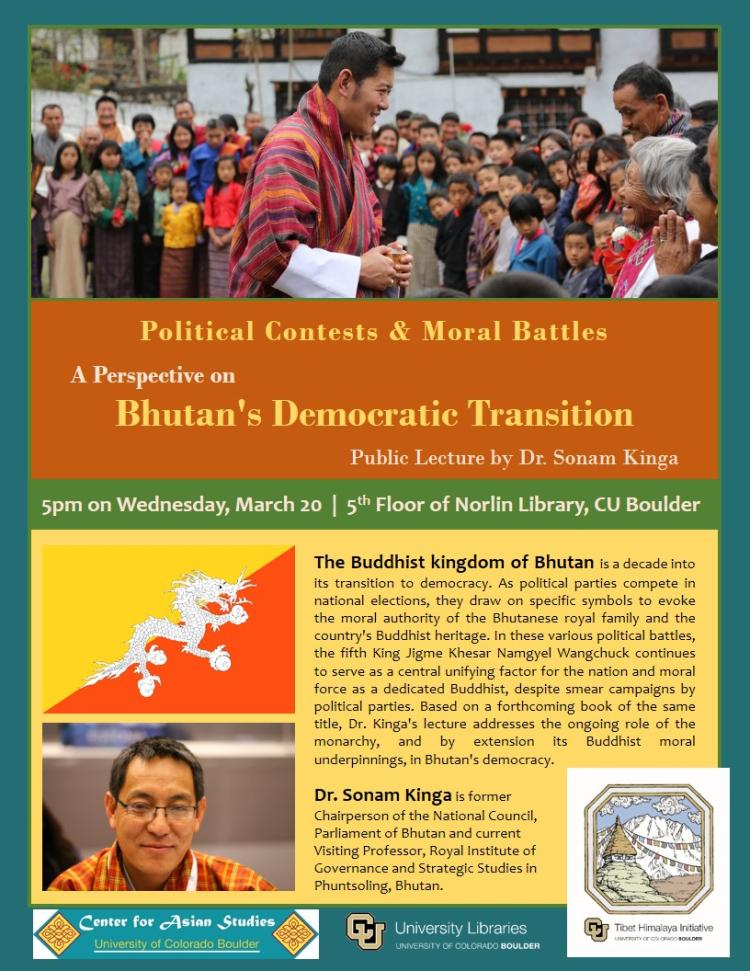 Dr. Sonam Kinga will be presenting a lecture on "Political Contests & Moral Battles: A Perspective on Bhutan's Democratic Transition" on Wednesday, March 20th at 5pm in the British Studies Library, 5th floor of Norlin Library.

The Buddhist kingdom of Bhutan is a decade into its transition to democracy. As political parties compete in national elections, they draw on specific symbols to evoke the moral authority of the Bhutanese royal family and the country's Buddhist heritage. In these various political battles, the fifth King Jigme Khesar Namgyel Wangchuck continues to serve as a central unifying factor for the nation and moral force as a dedicated Buddhist, despite smear campaigns by political parties. Based on a forthcoming book of the same title, Dr. Kinga's lecture addresses the ongoing role of the monarchy, and by extension its Buddhist moral underpinnings, in Bhutan's democracy.

Co-sponsored by the Tibet Himalaya Initiative and the CU Libraries. Thanks to the Center for Asian Studies and the Graduate Council on the Arts and Humanities for their generous support.